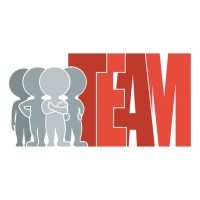 062Certainly, a number of US based professional orchestras maintain docent programs, the bulk of which focus primarily on children’s educational outreach programs in the public schools.  One of the largest of these programs utilizes approximately 40 volunteers that lecture visiting school children on the music they are going to listen to and they also visit classrooms to teach children about classical music.

Although these programs certainly generate positive results, they are representative of one of the greatest shortcomings of and orchestra’s education and outreach programs; they only focus on providing direct interaction with school children.

Instead, orchestras need to develop docent programs that focus on interaction with adult patrons attending performances. They need to separate the distinction between education, outreach, marketing, and public relations; instead, they these should see each of these divisions as one in the same. By focusing too much on costly mass marketing techniques, orchestras are only working on getting people in the door.

But they fail to make any relevant connection with them beyond the actual performance that will keep that patron coming back. Then the problem is compounded when education programs begin putting too much effort on outreach programs that deliver their product to schools but fail to make the connection between that performance and what they do in the concert hall.

In order to begin uniting all of those efforts into one initiative you have to create a program that fulfills all of the objectives from the departments mentioned above:

Traditionally, docents have been an individual who is a lecturer or tour guide in a museum or cathedral. And from that beginning, some non-profit organizations have developed this idea into a large scale program that serves as the core for their community exposure campaigns. They actively court a diverse group of individuals with a wide variety of backgrounds, experience, and age.

They also give those people access to the inner workings of the organization and provide a great deal of training opportunities to prepare them for interaction with the general public. All of this allows them to help share their passion for classical music and their orchestra’s mission.

In order to see if these programs can work toward these goals, I conducted a detailed study of the volunteer docent program at the Denver Zoo. At surface value, it may be difficult to see how an orchestra and a zoo are similar; most comparisons between orchestras are with other cultural performing groups, such as ballets, theatre groups, etc. But it becomes easy to see how closely a zoo and an orchestra compare when you look at the following characteristics:

The only significant operational difference between the two organizations is the frequency with which they offer their products to the community. Whereas orchestras usually perform limited engagements of each performance for less than half the week, the Denver Zoo is open every day of the year.

What they’ve also lost is the historical knowledge of how to connect their product to the rest of the community at large. And the answers to finding a new audience have centered on attempts at a type of mass marketing alchemy “we’ll try to turn lead headed individuals into the gold giving patrons we’re used to”. By walking down this path, many orchestras are merely demonstrating why the art form is slowly bleeding to death. Just like the Knight Foundation study points out, the orchestra business is confusing the content of the art form with the delivery system.

Then look at the Denver Zoo philosophy. They focus on attracting new patrons and creating an interest in what they wish to achieve by finding a diverse component of their community to come in and do that for them. They facilitate people in their community with the tools they need to become an integral part of the zoos mission instead of looking at them as merely check writing automatons.

The zoo gives up a measure of its own control over the institution, but in turn they create a passionate group of stakeholders that perpetuate ongoing community interest and involvement with the zoo. They enable members of the community to become involved partners as opposed to static participants. In turn, the zoo entrusts these individuals with the important responsibility of communicating with the public the value of their mission and to create an interest in the actual “product”.

Can orchestras achieve the same results with a similar program? If so, is there anything orchestras can learn from zoo programs?

We’ll examine those questions in tomorrow’s installment. We’ll get to see how docents, animal keepers, and administrators at the Denver Zoo view their program and how it is critical to the success of the zoo’s mission. Then we’ll cover how orchestras can adopt a similar system for their unique product.