The Negotiation Process: How It Works 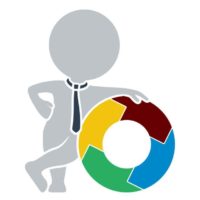 The first step in understanding how your local orchestra functions as an organization is to understand the basic principles behind the document that deals with nearly every facet of its operations: the Collective Bargaining Agreement (CBA). Every major orchestra in America, regardless of union status, has some form of a contract that exists as a result of collective bargaining. This contract governs all issues related to musician compensation, benefits, work conditions, and the dismissal process.

When there are no unusual variables involved, the negotiation process is remarkably simple: two parties get together and figure out how their working relationship will function.

However, one byproduct of the 2008 economic downturn is an increase in variables that cloud the process as it approaches a traditional resolution point.

Although every negotiation is unique, this process represents the typical path most orchestras follow. Rest assured, each step in this process is loaded with plenty of minutiae not covered here, most of which is worthy of an article in and of itself, but this provides a solid understanding for understanding how the process unfolds.

Registered letter of intent to renegotiate contract sent 6-12 months in advance of the current contract expiration. Employees must also notify the Federal Mediation and Conciliation Service at least 30 days before the expiration of the contract.

Both sides agree on a time and date for initial meeting.

Tip: in traditional bargaining, neither side may dictate who may participate in bargaining sessions.

During the first meeting, general conversation centers on the state of the organization. Both sides may present formal bargaining positions and related terms.

Tip: although it is not uncommon for both stakeholders to seek input from the full board or rank and file musicians, it is not required.

Both sides return to the bargaining process until a new tentative agreement is reached, at which point both sides once again engage the approval process.

If a final contract can not be agreed upon before the expiration of the existing agreement, the employer must supply the employees with their “last, best, and final” offer. In turn, the musicians must conduct one final ratification vote.

If the agreement is still not ratified, one of four scenarios typically unfolds:

By default, the most common scenario, both sides agree to continue with scheduled events while negotiations ensue. Per NLRB guidelines, the employer is obligated to continue paying wages and benefits per the terms of the expired agreement. At the same time, these arrangements can be structured via written agreements stipulating the play and talk conditions such as whether or not the terms of the previous agreement continue unaltered until a new agreement is reached and/or imposing a new bargaining deadline.

In most cases, both sides agree to play and talk without any written agreement. Regardless of which version is utilized, this option is used most frequently as it offers a pressure release for everyone involved although it does not guarantee any particular outcome.

Scenario 2: Partial Agreement
If both parties are able to reach agreement on the majority of critical items, they may decide to address other issues such as health care benefits and pensions via ongoing negotiations. In these instances, conditions for continued bargaining are spelled out in a side letter to the newly signed collective bargaining agreement and the subsequent resolutions, once ratified by both parties, will be incorporated into the master agreement.
Scenario 3: work Stoppage

The new collective bargaining agreement goes into effect the day after the previous agreement expires.