The Dayton Performing Arts Alliance (DPAA) is now three years old.   On July 1, we celebrated the third birthday for the historic merger of the Dayton Ballet, Dayton Opera, and Dayton Philharmonic Orchestra into one operating entity, the first and only merger of its kind in the United States.

As we begin our fourth year as the DPAA, I’m pleased to have this opportunity to update Adaptistration readers on how we’re doing.

The DPAA has continued the various performance series of the three predecessor art forms, including staged operas, story and repertoire ballets, and the Philharmonic’s various concert series. As one company, the season was coordinated to avoid scheduling conflicts, and cross-attendance promotions are introducing patrons of one art form to all three. In addition, we have also launched unique “Signature Events” that combine the resources of the three art forms.  In the coming season, these include our Season Opening Spectacular American Mosaic in September and our world premier opera The Book Collector paired with Carmina Burana in May.

Education is a key focus for our organization. More than 75,000 children in 11 Ohio counties benefited from DPAA education programs in the past year including Opera on the Road, the Ballet Young Audience Program, the Dayton Ballet School, Philharmonic Young People’s Concerts, Magic Carpet Concerts and School Partners with Artists Reaching Kids (SPARK) as well as the Dayton Philharmonic Youth Orchestra, Youth Strings, and Junior Strings. Our education programs serve patrons as young as pre-school, introducing them to instruments of the orchestra and providing their first experiences with classical music. These programs include in-class and field trip opportunities ranging from one-time introductory experiences to in-depth, multi-exposure programs, all designed to connect to classroom curriculum. A new after-school music program inspired by “El Sistema” called Q the Music debuted to great success in 2012 as a partnership between DPAA, Ruskin PreK-8 School, and Dayton’s East End Community Services.

In addition to its regular series performances, the DPAA offers a wide variety of programs and special free-to-the-public concerts. These include an annual performance of Handel’s Messiah at Westminster Presbyterian Church in downtown Dayton, “Stained Glass”/Norma Ross Memorial Community Concerts held in large, predominantly African-American churches, and the DPO’s annual Memorial Day Weekend patriotic concert performed at historical Carillon Park, a special partnership with Dayton History in conjunction with the Dayton Heritage Festival.   In the past few years, these concerts have included special appearances by Dayton Ballet and Dayton Opera performers.

A few highlights of our first three years

Our first three years have included some notable accomplishments.   For instance, in 2013, the DPAA was one of five organizations nationally to receive a “Music Alive” grant from New Music USA and the League of American Orchestras.  As a result, Stella Sung joined DPAA as Composer-in-Residence, and the coming season will mark the culmination of her residency with the premier of her new opera The Book Collector in May.  Stella also composed a new ballet score titled Fate of Place, premiered in February 2015, and is currently finishing a short orchestral piece with film for use in the DPO’s education programs.

We were also delighted when one of our three Artistic Directors, Neal Gittleman of the Dayton Philharmonic Orchestra, received statewide recognition as the winner of the 2014 Ohio Governor’s Award for the Arts for Community Development and Participation.  The award honored Neal’s extraordinary first 20 years with the DPO and his outstanding commitment to community.

Just in the past season, we mounted a tremendously moving production of the opera Dead Man Walking. It took vision and courage to present that particular show, and Dayton responded.  A few weeks after that (and in complete contrast) came Peter Pan, a ballet with a delightful score by Carmon DeLeone that received a fantastic performance by our ballet company and orchestra.   That was a big month for us, because it also included a visit by guest conductor Keith Lockhart leading the Britten War Requiem in a memorable classical series presentation.

Adding live orchestra to the big story ballets like Peter Pan and The Nutcracker has been one of the highlights of the merger, and it’s been popular with audiences.  Compared to 2011, the last year prior to the merger, Nutcracker ticket sales have increased by 68%.

We helped open a new venue in the community, as our May 16, 2015 performance of An Evening of Rodgers & Hammerstein was one of the very first public performances in the Stuart & Mimi Rose Music Center, a brand-new 4,200 seat amphitheater in Huber Heights, OH.

Finally, as an executive, I’m proud of how we have forged a new institutional culture.  We are one organization with three art forms, each of equal importance in our mission, and our staff and board operate with that as their guiding principle.

Arts organizations nationwide are facing daunting challenges, including increasing competition, changing consumer behavior, shifting donor priorities, and more.   Dayton is no exception.   In no way has the merger solved all those problems for us.   The merger was not a panacea, but rather an approach that we continue to feel puts us in the best position for long-term success.

In hindsight, one challenge has been that some did perceive the merger as a move that would fix everything, forever, due to imagined efficiencies such as those that might be seen in a corporate merger of two banks.   However, any merger in the arts is always going to be more about building capacity than a game-changing reduction in expenses.   You’re still going to be investing in performances, and you still have to go out and raise the money and sell the tickets.

As we discussed the possibility in the years leading up to 2012, we realized the key point wasn’t how the merger looked in comparison to the status quo, or to the way things used to be, but rather how the merger looked compared to where we might all be in five years if we didn’t take such a bold and progressive step.  The world changed in 2008-2009, and for the arts in Dayton, the merger was a way of adapting to the new paradigm.  We do feel we’re better served working together than competing against one another.

With that said, we’re not yet where we need to be.   Specifically, revenue is not where it needs to be – a situation with which I’m sure many of my colleagues can identify!   We’ve reached out to outside counsel to address this and to help us improve, both in fundraising and in ticket sales.  Paraphrasing the famous mantra of the 1992 Clinton campaign, I often tell myself, “it’s the revenue, stupid!”

We did have some positive developments in fundraising to close our last fiscal year.   These include a $180,000 three –year commitment from the Harry A. Toulmin Jr and Virginia B. Toulmin Fund of The Dayton Foundation, a $100,000 Innovation Partner commitment from The Dayton Power & Light Foundation, and a $750,000 three-year commitment from the Virginia B. Toulmin Foundation, headquartered in New York City.   I was pleased, as well, with the strong ticket sales for our inaugural performance at the Rose Music Center.   These are important “building blocks” we are using to build credibility and confidence, both inside and outside our organization.

At the end of the day, every community has the arts that it chooses to support and patronize.   Dayton is blessed with incredible richness in its arts scene and a multiplicity of arts organizations, and the Dayton Ballet, Opera, and Philharmonic are the crown jewels.   We’re proud of our heritage, of our artists, of our partnership in the Dayton Performing Arts Alliance, and we’re committed to keeping the rich legacy of each art form alive.  Please come to Dayton, and see – and hear – for yourself!

1 thought on “Update from the Dayton Performing Arts Alliance” 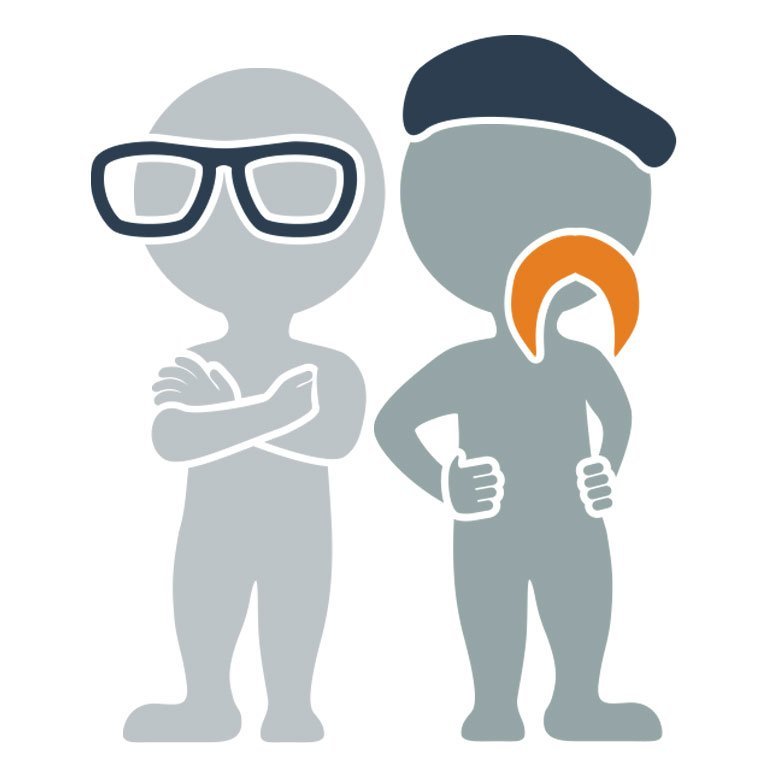 Let’s Put An End To The #SustainabilityMyth

905 min
Is It Morally Praiseworthy To Do The Right Thing For The Wrong Reasons? (spoiler alert: no) 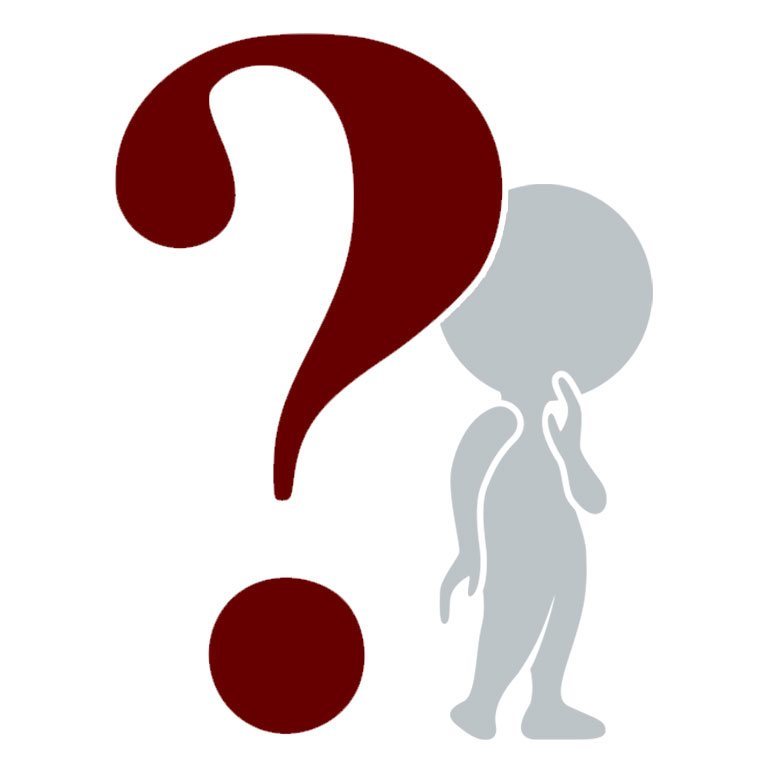