Unless your operating environment is under a rock, you’re probably well aware of plans to defund and eliminate the National Endowment for the Arts (NEA) and National Endowment for the Humanities (NEH). But were you aware of an executive order signed on 3/13/17 that attempts to provide the Trump administration with a back door to gut those agencies in the event that Congress pushes back? 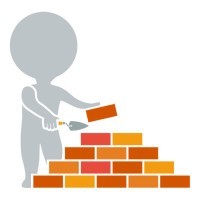 The executive order is the equivalent of a parent telling a child cut the switch they want to be whipped with in that it requires executive agencies within the executive branch to submit plans for their reorganization.

Proposed as a waste counter-measure, it’s more likely to be used to defund agencies to the point where they can no longer implement their mission on even the most basic levels.

Each of the 440 agencies has until mid-August to submit their respective reorganization plan and that’s one area where your government affairs and advocacy efforts should concentrate.

The other point of contact is during the part of this process when the administration formally invites the public to “suggest improvements in the organization and functioning of the executive branch.”

According to the executive order, one of additional goals in reorganizing is to see if any agency’s activity is better left “to State or local governments or to the private sector through free enterprise.”

Perhaps unsurprisingly, there are numerous points of contact where the administration can attempt to kill arts funding and the field as a whole right down to each individual organization needs to be ready to address this process and cut it off at the knees wherever possible.

More Than Just Advocacy And Funding

It’s worth pointing out that among the 440 agencies are the National Labor Relations Board (NLRB) and Federal Mediation and Conciliation Service (FMCS).

FMCS has been instrumental in helping a wide range of performing arts organizations with unionized labor avoid and/or emerge from remarkably crippling labor disputes.

Over the past several years, former FMCS Director Allison Beck has been a key figure in those efforts. She’s defused disputes in Chicago, Pittsburgh, Fort Worth, Atlanta, the Met, and more. Under her leadership, FMCS has developed special training programs for their personnel that leverage those experiences so the agency can be even more beneficial to the arts and culture sector.

Unfortunately, Ms. Beck was removed from her position on January 20, 2017.