If your organization has ever considered Google Fi for your company cell phone provider, you probably noticed one big drawback in that the service was only offered via individual plans. The good news is Google introduced a new group plan in 2017 so it may be worth a second look if you passed it over for that reason previously. 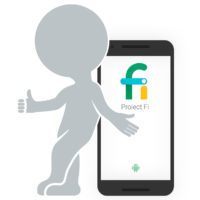 Back in May, 2016 we took a look at how cost-prohibitive it is for most performing arts organizations to provide employees with company cell phones. At the same time, Google’s Project Fi was just entering the market and throwing a gigantic monkey wrench (in a good way) into the traditional cellular provider pricing scheme.

The service was great, pricing was fantastic, and the only drawback was the lack of a company plan structure that would allow your organization to maintain a single billing account and add/remove users as needed.

The new Google Fi group plan does help mitigate that problem, at least for organizations with smaller numbers of staff that need company cell phones.

As of now, the new group plan has a cap of six users and while that is going to fall far short for larger offices, it does open the door to the large number of offices with fewer employee cell phone needs. For instance, if there are no more than half a dozen full time staff employees or you only need to provide cell phones to the same number of key employees, you should absolutely take another look at Google Fi.

To that end, I published an article yesterday at ArtsHacker.com that provides a great deal of detail on the new plan and related group user roles and permissions.