At a time when both the LA Philharmonic and the Dallas Symphony Orchestra announced new CEOs within the span of one day, the Philadelphia Orchestra continues to be vexed by finding someone to fill their top executive gig. 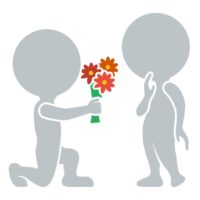 On the other side of that coin, Philly may have pulled out the chair for one or more candidates only to see them walk away.

In another context, the timeline for all three executive announcements could be considered amusing:

It’s not a stretch to imagine that both Noltemy and Woods are from the caliber of executive that should have attracted the eye of Philly’s headhunters. If they did, it appears both found greener pastures farther west.