I’m back from Houston and the 37th Annual Association of Arts Administration Educators Conference. It was a great deal of fun and the Red Pill/Blue Pill: Effective Data Driven Decision Making session was well received. If the conference solicits session feedback from attendees, I’ll be curious to see what comes in. 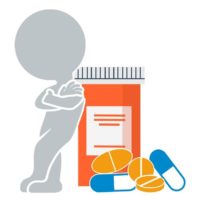 As a newbie at this conference, it was fascinating to watch everything unfold.

One striking difference was the lack of Twitter action.

I can’t remember the last time I did a conference session where the vast majority of eyes were looking right at you throughout most of the presentation. At most conferences, that’s not a good sign becasue it means whatever you have to say is either boring or obvious and not worth sharing.

While I attempted to spark some exchanges, most sessions were devoid of Twitter traffic. So in a final attempt to help promote engagement, I only made a link to the slide deck available on Twitter using the session and conference hashtag (and yes, ours was the only session that put together its own hashtag, #DataPills).

At least one attendee was noticing the lack of Twitter activity:

Watching @Adaptistration lament the lack of twitter action for this conference made me laugh much too loudly. #isthisthingon #AAAE18

Fortunately for readers here, your Twitter traction is routinely fabulous so you get the direct slide deck link.

As has been the case for the past few new conference sessions, this slide deck contains copious and detailed speaker notes so as to help make sense of everything.

Here are a few of my newbie AAAE Conference observations to share: