The longer work stoppages continue, the hotter passions run. It’s a truism that not even the Chicago Symphony Orchestra (CSO) strike is exempt. As the CSO work stoppage approaches its second month, tempers are burning hotter than ever. When that happens, it isn’t uncommon to see stakeholders speak first, think later. 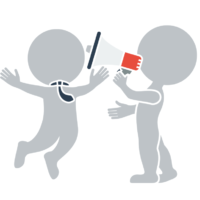 To that end, one of the primary reasons I migrated this blog’s commenting system to a platform that requires a user to have a verified Facebook account and be signed in when submitting a comment, was to prevent the abuse of anonymous commenting during work stoppages.

Over the years, I discovered both parties in a labor dispute would engage in a wild array of misleading and vindictive statements by way of submitting anonymous comments. Some were blowing off steam, while others were calculated efforts at gaslighting. At one point, I used to allow anonymous comments but only if the individual could verify their identify and demonstrate they would be the victim of retaliation if their identity was revealed.

Unfortunately, the amount of effort required to maintain that system became a negative return on investment.

While this decision moved most of the resulting discussion to individual social media accounts, it meant doing an even better job of maintaining the blog’s code of conduct. Specifically, the part about minimizing harm; here are a few key excerpts from that list (emphasis added):

This code of conduct is drawn from the Society of Professional Journalists Code of Ethics, which serves as a guide for providing insight that not only benefits from an insider’s knowledge but helps establish responsibility for the content published via the associated principles.

This is relevant considering information about the CSO coming out via other media outlets that allow anonymous comments. One site that has a well written and heartfelt article about the CSO strike has (at the time this was published) more than 110 comments.

Unfortunately, many of those comments are loaded with material that violate every one of the above points, and more, from the Society of Professional Journalists code of ethics. While comments aren’t the same as authored content, the underlying responsibilities of the media outlet remain.

It’s a genuine shame as the article that inspired the comments is otherwise a thoughtful and worthwhile post.

When this sort of public discourse unfolds in an environment lacking necessary oversight and responsibility, it only encourages otherwise good people to make bad choices, such as sourcing second and third hand accounts as fact.

Case in point, a CSO musician published a letter written to CSO president Jeff Alexander that cites what the author defined as an anecdote attributed to Boston Symphony Orchestra (BSO) President and Chief Executive Officer Mark Volpe. The letter was shared on social media and subsequently published at multiple media outlets.

I reached out to the musician who wrote the letter as well as the BSO looking to verify the claims presented by the author.

According to the musician, the information came by way of a CSO colleague, who in turn, heard the information from another college in the BSO. At the time this article was published, the musician opted against confirming the validity of the anecdote.

At the time this article was published, the BSO has yet to reply to verification requests.

As the CSO work stoppage continues, it shouldn’t come as a surprise to anyone if more instances like this transpire.

Having said that, it would be wonderful to see all stakeholders adopt a better approach to presenting their respective narratives; now, more than ever, that we’re neck deep in the age of gaslighting.