All things being equal, we should have some good articles coming up soon. This includes the deeper look into the Baltimore Symphony Orchestra’s recent stop-gap agreement as well as the follow-up article about the LA Opera’s program to put opera into popular media culture. 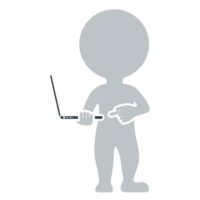 The folks from LA Opera have been great about getting info on that program but there’s been a bit of a lull in communication due to…shall we say…circumstances that have them otherwise occupied.

But now, it’s time for some Music of Star Trek geekery.

This week, CBS released the first Short Trek episode, Q&A, which focuses on Ensign Spock’s first day aboard the U.S.S. Enterprise. It’s an okay episode but the score is genuinely inspired.

What really struck me is how the episode’s cues were so on-the-nose to Michael Giacchino’s score from the first J.J. Abrams Star Trek film. There’s a point in Q&A where the motif which builds to that amazing timpani part from the main theme is clear as a bell.

The next day, I ran across this blurb from DenOfGeeks which confirmed Giacchino was involved with scoring that episode:

“The music credits also list not only Jeff Russo (who has composed Discovery’s music since 2017) but also Michael Giacchino as “supervising composer.” Famously, Giacchino composed the music for the first two Star Trek reboots directed by J.J. Abrams. So, from a music perspective, this episode is an intersection of Trek’s past (Giacchino, Courage), present (Russo), and future (Malumad), quite literally.”

And there we go.

It’s fascinating, and encouraging, to see very different segments of Trek franchises share artistic capital so freely. Doubly so when rights, and the corresponding marketing revenues, are so fiercely contested.

As of now, the episode is only available on CBS All Access app (subscription required) so it may be some time before it’s available in a free format (but there is a free trial).