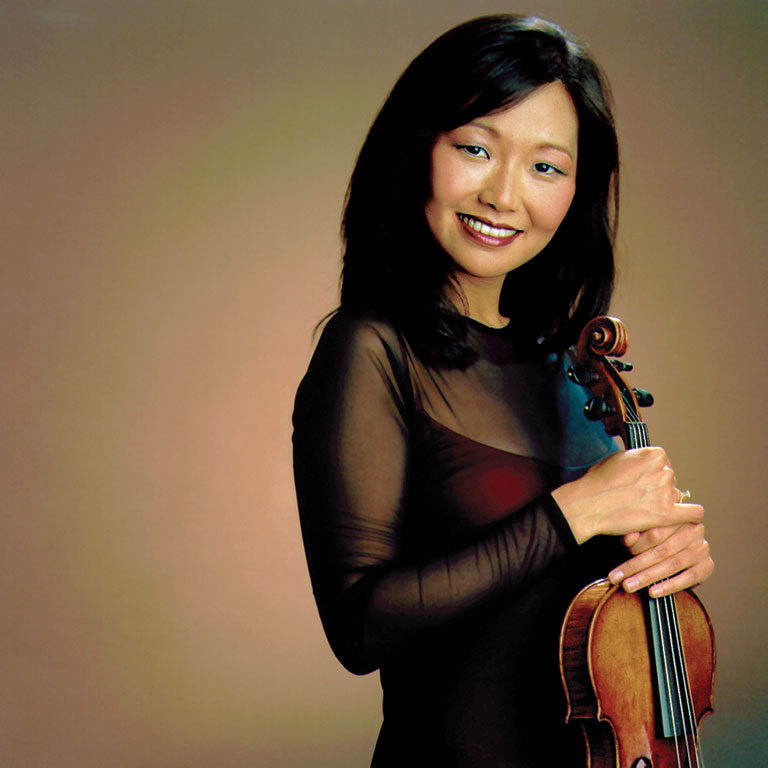 Strings magazine calls Yumi Hwang-Williams “a modern Prometheus” who has “emerged as a fiery champion of contemporary classical music.”

Yumi made her debut at the age of fifteen as a soloist with the Philadelphia Orchestra. A graduate of the Curtis Institute of Music, she’s known today both for her stylish performances of the classics and her commitment to the works of present-day composers.

Yumi plays on a violin made by Carlo Landolfi in Milan, circa 1752. For context, in that same year Thomas Jefferson was enjoying life as a nine year old.