On the surface, orchestra governance is pretty simple: the board of directors is granted the authority to govern all aspects of an orchestra. The only defined parameters they are obliged to follow are those dictated by standard workplace law, nonprofit law, and if their organization uses organized labor, the National Labor Relations Act… 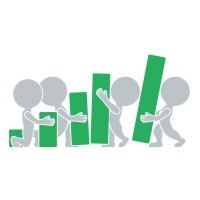 One of the conversations I enjoy having with board members is whether or not they view collective representation as an overall positive or negative force within the parameters of contemporary orchestra governance. I also like to temper that conversation with whether or not they feel active self-representation among orchestra musicians has had a positive or negative influence on the evolution of the orchestra business.

It’s no surprise that few board members are willing to talk about that topic because it’s something they simply can’t change and who enjoys complaining about something that’s out of your hands.

Nevertheless, some of the recent non orchestra labor conflicts connected with the “Kentucky River” cases have made me wonder if it would be productive to hold a national symposium on the merits of collective representation (i.e. unionization) among orchestra musicians and its impact on the orchestra business. It would be enormously helpful to hear from board members, executive administrators, music directors, musicians, and labor officials about whether or not they feel unionization has been an overall benefit or detriment to the business and why.

Of course, I’m not holding my breath until such time that a symposium like this would take place; and frankly, even if such a symposium did take place, I doubt many individuals would openly speak their mind.

At the same time, I have noticed that the majority of board members which are not shy about expressing their opinions are those which govern orchestras that do not currently use musicians working under the auspices of a collective bargaining agreement. The vast majority of these organizations are somewhere in the haze of quasi-community ensembles that are comprised of a combination of hobbyist and professional musicians. In this context, when I talk about hobbyist and professional musicians I am not referring to artistic skill, rather, the decision (or ambition) among the respective instrumentalist to make playing their primary economic vocation.

Regardless of where these quasi-community ensembles are in their development, they are all governed by a board of directors. Most of those board members don’t appear to spend much time thinking about unionization until the organization approaches a point where the bulk of musicians are those which fall into the “professional” category and developed a sense of ownership in the organization. In a sense, they are entering a stage where they perceive themselves as stakeholders; I like to think of it as a sense of artistic self-awareness.

This is the point in an organization’s evolution that collective behavior begins to form and it’s the same point where board members have no option but to confront the issue. Of the board members I’ve talked to that have found themselves in this position, the vast majority told me they informed the emerging musician leaders that if the players begin to take sincere steps toward unionizing, they’ll shut down the organization.

When talking to these board members, many expressed they believe having unionized musicians will mortally wound their ability to adequately govern the institution. Others point to the strong desire to avoid the type of public labor disputes they witness erupting among existing professional orchestras. The one opinion they tend to share is the belief that the best time to fend off unionization is before it starts.

Nevertheless, in the back of my mind, I’ve always wondered how much anti-union sentiment exists among professional orchestra board members. Are they holding their tongues because they know there isn’t much they can do to de-unionize musicians or do they see collective representation as a sincere avenue for musicians to exercise their influence as stakeholders?

Where is all of this going?
In recent years, this business has seen a rush to explore alternative forms of governance. Unfortunately, none of those experiments supersedes the legal guidelines that dictate the board of directors has complete authority to govern their respective institution.

In many of these experimental forms of governance, musicians assume roles that greatly expanded their responsibilities within the organization. So much so that some board members might define those responsibilities as being supervisory in nature. If this is the case, then that attitude combined with the possibility that the current round of “Kentucky River” legal challenges may result in new interpretations with regard to the status of what constitutes a “supervisor”, the unionized statues of many union employees may be at risk. If such a combination of events comes to pass, it may not take very long for orchestra board members to wonder if they can disqualify a large component of their musicians under new definitions and revised guidelines.

In the end, it all comes back to whether or not a majority of orchestra board members view collective representation as an overall positive or negative force within the parameters of orchestra governance.

Send in your responses as a comment and if there’s enough worthwhile dialogue I’ll put together another post which examines these opinions. Regular readers will have a good idea of how I perceive the issue but I think a good dialogue about the topic would be a healthy exercise as well as allow everyone an opportunity to reexamine opinions.

For some interesting reading, veteran labor lawyer and legal counsel for ICSOM and the AFM Symphonic Services Division, Leonard Leibowitz, wrote a paper about musicians and supervisory status from the labor perspective not to long ago. To my knowledge, it is one of the only formal papers on the subject from anyone with a significant amount of history in orchestral labor relations.

Unsurprisingly, Len authors the paper from a labor perspective. To help illustrate his points, he uses a labor case known as “Yeshiva” (similar in design to the “Kentucky River” cases) and some recent changes in the governance structure at the St. Paul Chamber Orchestra. You can download a copy of the paper here: Download file

I wish I could offer a paper written from an opposite perspective but I’m unaware of any. If anyone knows of such a paper and can obtain permission from the author to distribute it, please let me know.

2 thoughts on “Is Unionization More Of A Positive Or Negative Force In The Business?”

Even though It’s Dark Humor, You Still Laugh

Is Unionization More Of A Positive Or Negative Force In The Business?