I don’t feature guest writers at Adaptistration very much; in fact, I don’t think I’ve ever had one before now. Nevertheless, during some recent time in Nashville, I crossed paths with Leonard Slatkin, the Music Director for the National Symphony and recently appointed Music Advisor for the Nashville Symphony. Eventually, the conversation made its way to the issue of applause and following that discussion I invited him to write something for Adaptistration in order to share his views on the topic. I’m happy to report that he graciously accepted the offer…

To Clap Or Not To Clap

Concert season has opened around the world.  Orchestras are tuning up, bringing out their musical gifts to the concert going public.  Most of the time, they know their efforts will be rewarded with rounds of applause.  They just don’t know when this will occur. 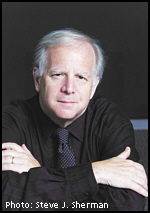 I was reminded of the difficult choice the audience must make in this regard, with a few concerts that I conducted over the past few weeks.  In London, I was privileged to work with the outstanding pianist Lang-Lang.  He played the first concerto by Frederick Chopin.  The opening movement is a typical bravura statement from the heart of the romantic era.  Although there is no formal cadenza (a portion of the piece where the soloist is on his or her own for quite some time) there are numerous passages that do not include the orchestra.

When we concluded the movement, several thousand persons in the Albert Hall burst out with fervent, appreciated applause.  Lang Lang acknowledged them with a bow.

A few weeks later, I was involved in a performance of the Brahms Violin Concerto with Gil Shaham.  This was part of the National Symphony’s opening subscription concerts.  The Brahms does have an extended cadenza in the first movement.  Very showy and played brilliantly.  On the first night, the audience applauded after the movement, but, surprisingly perhaps, the subsequent two audiences refrained from any kind of outburst other than coughing.

A few nights later we were performing the Tchaikovsky Violin Concerto with Joshua Bell.  Once again bravura work with a cadenza full of pyro-techniqes.  Not only did the audience cheer vociferously after the movement, they actually awarded it a standing ovation.  We still had two movements to go.

I cite these examples because it is clear that audiences do not understand the etiquette that goes along with their participation as part of the performance.  “Should I or shouldn’t I”?  Most of the time, most listeners just wait to see what others will do and follow suit.

But what do the performers expect?

Well, the argument against premature applause is usually that it interrupts the flow of the entire work.  History tells us that this is a false assumption.  At the premiere of the 7th Symphony by Beethoven, the slow movement had to be played twice due to the ovation it received in isolation of the rest of the piece.  It was common for the audience to express its appreciation and demand, if not a repeat of a movement, at least an encore of another selection.

Most of the time, this dilemma is usually found in Concertos.  But there are a couple of orchestral works that have pitfalls as well.  Perhaps the most famous occurs in the Tchaikovsky 6th Symphony.  The third movement of this work is an explosive march.  If this were the finale, audience reaction would be thunderous.  More often than not the audience cannot contain its enthusiasm and breaks into an audible reaction. Even now, there are many new listeners who are not aware there is an aching last movement to come, one of the great death scenes in all of music.

What is the real force that makes us want to applaud at moments when it would appear that we should not?  It is simple.  The applause is not only to acknowledge the performers and a particular portion of the work, but it is also a suitable way to break the tension and acknowledge publicly an appreciation of the performance.

What happens when no one applauds?  The audience coughs and finds other ways to release the buildup of sitting for up to 25 minutes in silence.  I remember a performance of the 1st Tchaikovsky Piano Concerto with Byron Janis that we did in Madrid.  When the first movement ended, about four or five people started to clap, and 2000 other shushed them.  Then they coughed and talked.  It was five minutes before we could begin the next movement.

It is even worse in the Opera House.  When Tosca finishes Vissi d’Arte, shouts of Brava rain down from the rafters.  An ovation can continue for minutes.  What happened to the dramatic flow of the text, not to mention an awkward musical transition that is lost?  We don’t applaud during a soliloquy at a play, and the aria is certainly the equivalent.  Again, I believe we want to reward a fine performance and relieve the tension we experience in the audience.

How do the performers feel about it?  I can only think of a couple that prefer the silence.  And this is mostly the etiquette of the recital, which is a more intimate setting.  We are delighted that the audience is enjoying the performance and wants us to know it.  It also gives us time to catch our breath and readjust our mental and emotional attitude for what is to come next.  Yes, it is inappropriate to applaud in the middle of a piece, and that does happen sometimes.  But no sin has occurred.  And there should be no embarrassment.

Once in a while something will happen that actually is inappropriate.  There is a famous spot in the 5th Symphony by Tchaikovsky (him again).  The music is loud and comes to a halt even though there are still about three minutes of music remaining.  Unless one is actually trained as a musician, or already knows the piece, this place can be construed as an ending.  Audiences around the world start to applaud here.  On one occasion, the conductor actually had the orchestra stand up; he took a bow, went off stage, returned and brought his arms down to play the coda of the Symphony.  Cute, but insulting to the audience.

In summation, it is just fine to express yourself at a concert.  If you are moved by the performance or work, feel free to show the performers.  That goes not only for cheering and applause, but the opposite as well.  With the complaints we sometimes get about new music, it is now very rare for the audience to lustily boo.  I miss that.  How are we to know which music to bring back if we do not hear from the listeners?

So clap away.  Just be sincere in your appreciation.  Those of us on the stage will know that you really mean it and we will be thrilled.  Just don’t overdo it with lengthy outbursts that last well into the night. We all need to get to the restaurants before they close.

X
Improving The Sustainability Of Classical Music Though System Dynamics…The FutureOver the past year, I've had the pleasure of working with Bill Harris, a talented systems dynamics expert based in Seattle, Washington. In 1999 Bill f…

To Clap Or Not To Clap - By Leonard Slatkin

265 min
X
All About Potential Part 1The FutureEven though the business of professional symphonic orchestras has taken a prolonged beating (hang on, we're not off the bumpy road quite yet) that doe…