The majority of executive administrators today tend to conform to one of three basic profiles: Managers, Leaders, or Builders. Naturally, individuals rarely conform to any one profile and some evolve from one profile to another throughout the length of their career….

Bear in mind, these profiles are based on observational knowledge supported by numerous events, acknowledged publicly and privately, over the past several years. As such, citing specific examples to support any positive or negative characteristic in each profile would ultimately be counterproductive. Instead, allowing the reader to apply events/individuals they have encountered which match the proposed profile characteristics would be more practical.

Among these three profiles, most individuals can be described as Managers. Although a number of factors have contributed to the prevalence of this profile, a prevailing aspect is the proliferation of individuals graduating from arts administration programs. By nature, the majority of such programs I have encountered do a fine job of teaching the fundamentals of basic administration skills from an academic perspective. Unfortunately, some of these programs tend to lack an adequate structure to prepare individuals for anything beyond that skill set.

For example, Managers are easily bogged down by details and lack the ability to step back and take a look at the organization’s big picture. Consequently, they gravitate toward micro-managing and feel very uncomfortable when they don’t retain a certain level of organizational control, a characteristic which contributes to high turnover and an inefficient work environment. This is a particularly troublesome outcome in organizations that are experiencing a great deal of financial and/or labor related stress.

At the same time, Managers are well suited to serve as the executive administrator in organizations that have established revenue streams and occupy a slow growth plateau that typically follows an expansion cycle. In short, they are most effective in organizations that enjoy a healthy status quo and have no immediate ambitions toward sharp artistic and/or operational development. Consequently, for most other types of organizations, many Managers would be more effective if they served in a general manager position as opposed to the executive administrator.

The ability for Managers to successfully navigate labor relations is mixed. At times, they can be frustrated by situations they can’t control. As a result, even a mildly contentious collective bargaining session can quickly degrade into a prolonged and bitter fight; which, more often than not, ultimately generates even more institutional problems.

More than a few Managers have been lured into negotiation quagmires created by their own doing and adhering to the belief that “If I can just explain our situation and point of view to all of the musicians in stead of the negotiation committee, I know they’ll agree to our proposals.”

Conversely, Managers who operate in stable institutional environments tend to handle labor negotiations relatively well. They often offer improvements in pay, benefits, and working conditions that are within the limits of recently established norms. Accordingly, musicians – already satisfied with where the organization is heading – tend to accept most proposals that maintain the status quo.

Leaders tend to focus much of their time on the seemingly perpetual task of training and educating board members; in short, they are effective “board gardeners”. Moreover, Leaders tend to delegate responsibility and rarely micro-manage the administrative staff. As a result, most Leaders tend to rely a great deal on their senior staff and will take measures to improve the likelihood of retaining key members. Perhaps unsurprising, organizations run by Leaders often have higher than average administrative expenditures.

Among a typical Leader’s strengths is the ability to maintain a clear and comprehensive picture their organization’s position at any stage of development. When combined with an efficient staff, Leaders can effectively anticipate and marginalize the impact of challenges before they materialize.

Not only do Leaders do a good job at cultivating passionate and involved board members, they usually enjoy success by maximizing this ability throughout the rest of the organization. Since this is normally a lengthy process, many leaders tend to remain with one organization longer than the average orchestra executive’s tenure.

Among the three profiles, Leaders tend to maintain the healthiest labor relations. Rarely do they experience overly contentious collective bargaining negotiations and the number of grievances filed by musicians is well below the business norm.

Unfortunatley, a Leader’s strengths often pull double duty by serving as their weakness. An over reliance on senior staff can put the administration in jeopardy if personnel turnover is too high. And since most Leaders tend to under-perform when directly managing certain aspects of the organization they end up spending inordinate amounts of time keeping the organization running. The result is an organization that suffers from continually falling short of their goals and an executive leader suffering from a severe case of burnout.

I invite you to return tomorrow where we will examine the final executive profile, Builders, in addition to tying everything together with some concluding thoughts. In the meantime, what do you think? Feel free to send in a comment or a private email; I am looking forward to receiving feedback. 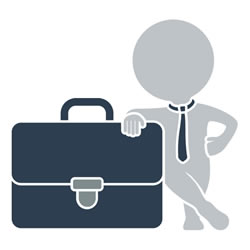