If you were the music director for a Regional Orchestra Players Association (ROPA) ensemble during the 2004-2005 season, it is likely that you experienced the most significant percentage increase in compensation since before 2000…

Where The Numbers Come From
The data presented in this report coincides with the corresponding documentation from the 2004-2005 season. In order to provide information that is as accurate as possible, data is gathered from the following sources:

The Musician Base Salary figures collected by the AFM for ROPA ensembles are done on an annual basis and reported in a booklet entitled Wage Scales & Conditions in the Symphony Orchestra. However, the majority of “Musician Base Salary” figures are not “salary” figures in the traditional sense as only nine ROPA ensembles pay a fixed salary to a portion of their musicians. The remaining musicians are all paid on a sliding “per service” scale.

Where Are The Concertmaster Figures?
There are two reasons why the concertmaster compensation figures are not listed in this installment. First, the IRS only requires nonprofit organizations to list the top five employees and private contractors paid over $50,000 on Form 990.

Second, because ROPA musicians earn so much less than their ICSOM peers, there is only one ROPA ensemble that pays their concertmaster enough to warrant including that individual on the Form 990. Furthermore, concertmasters in other ensembles who do earn over $50,000 may not earn enough to be considered in the top five paid employees.

What The Numbers Don’t Show
It is important to remember that the numbers shown do not always convey a complete compensation picture. For example, a music director may have had a large increase in salary because they were leaving a position and per terms of their contract they may have received a sizeable severance or deferred compensation package. As such, the cumulative compensation may artificially inflate their annual earnings.

Furthermore, these figures may not reflect bonuses or other incentive payments, therefore underreporting what conductors may actually earn. Also missing from the figures are expense accounts and other perks, which are rarely reported on the IRS Form 990’s. As such, the cumulative compensation for music directors may or may not be more than what is listed.

Additionally, although there are indications noting when individuals were not employed for a full season, the documents used to gather data do not indicate how much of the season an individual received a salary. As such, excessive adjustments in the percentage change from the previous season’s compensation may be artificially exaggerated.

Unlike the vast majority of their peers in ICSOM ensembles who all earn no less than the “Musician Base Salary”, all ROPA ensembles use a tiered system of salary and/or per service payments. For example, although the Richmond Symphony may list a base musician salary of $28, 837, only 36 out of 85 musicians are covered by that base salary figure. The remaining players are paid using the sliding per service tier system and may earn as little as a few thousand dollars per season.

In the per service ensembles (19 out of 31), the figures listed in the “Musician Base Salary” are actually the average annual income earned by section string players (or section wind players if no information for the string players was available). This figure is reported by the AFM because it best represents annual earnings for the musicians who perform the greatest number of services in any per service orchestra; string musicians. However, those compensation figures are not guaranteed.

Additionally, the “Musician Base Salary” figures do not include any additional payments offered by some organizations such as voluntary outreach services, and minimum overscale payments.

Finally, these figures do not include any of the opera or ballet organizations which are members of ROPA or IGSOBM.

Who Earns The Most?

More so than executive directors, music directors are at the top of the compensation pyramid. However, unlike their administrative counterparts most conductors earn much more throughout the course of a season. Many rarely conduct more than 12 weeks at their respective ensemble; as such, they maintain regular guest conducting schedules and several even serve as resident conductors in more than one ensemble (such as Jeffrey Kahane, below). In effect, they can easily double, triple, or even quadruple the annual compensation figures listed above.

In a related note, the average ROPA music director compensation may be slightly lower than the figures in the above chart due to the fact that the Austin Symphony and the Mississippi Symphony declined to provide copies of their IRS Form 990 from the 2004/2005 season despite repeated requests via telephone and email. Furthermore, even though each organization confirmed that the documents were on hand, at the time of publication, they were not available at sources such as GuideStar.org.

Consequently, during the 2003-2004 season, the music directors in both of those organizations earned less than the average music director for the 2004-2005 season so it is reasonable to conclude that the averages for music director compensation in this report are slightly lower than what is actually reported.

Fortunately, this is a rare occurrence and the vast majority of organizations (ROPA and ICSOM alike) have been happy to provide copies of their respective IRS Form 990’s upon request and have done so ever since the first installment of the Adaptistration Compensation Reports. In the end, ROPA music directors continue to earn a significantly higher level of compensation compared to average ROPA base musicians. Even the lowest paid ROPA music director in the 2004-2005 season earned 342% (or $42,537) more than the average ROPA Base Musician Compensation. 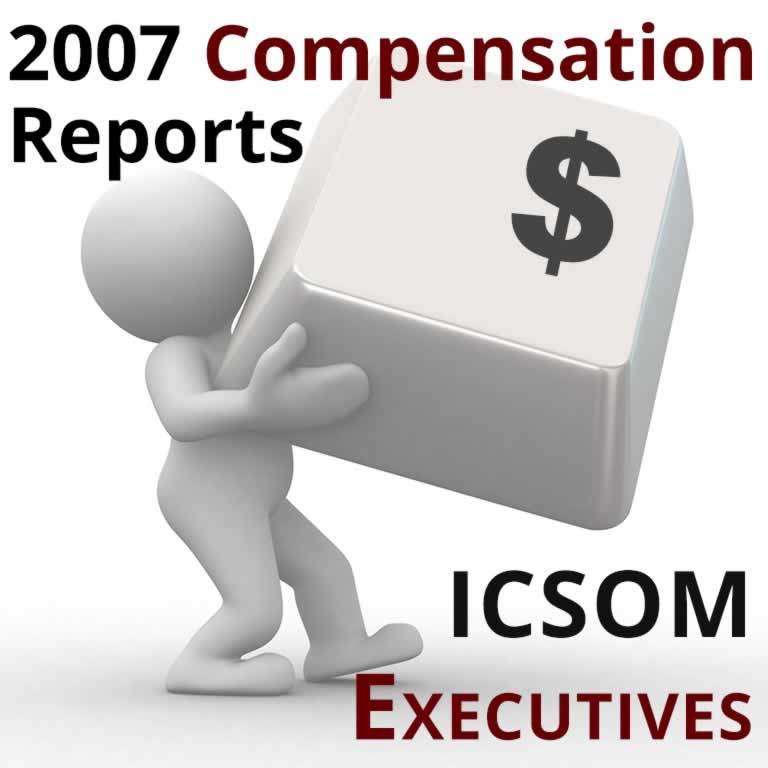 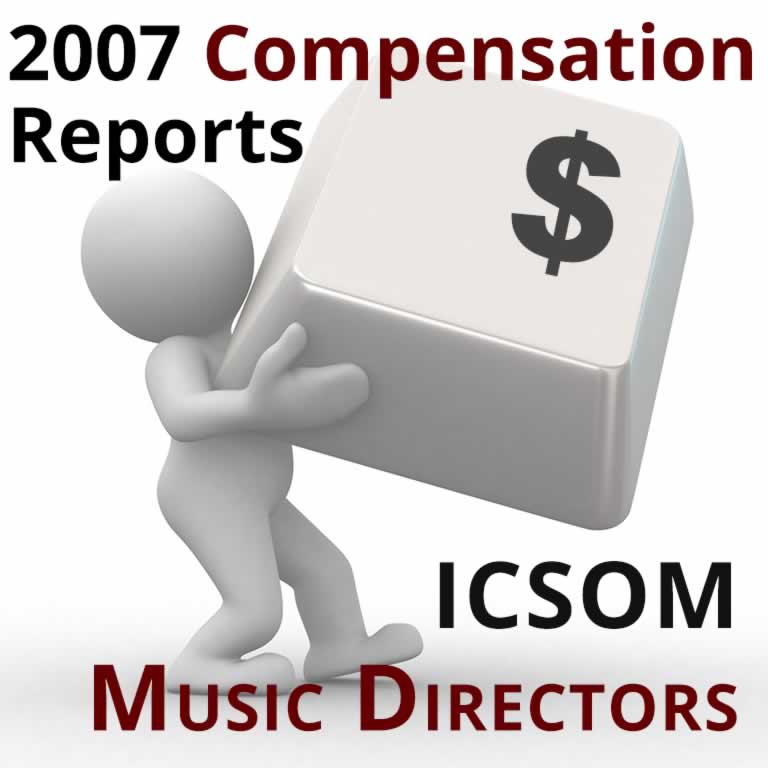