Amid a season filled with real and potential negotiation strife, there are still a number of instances where the collective bargaining process is being implemented without undue friction. One recent example is the Westchester Philharmonic negotiations which concluded at the onset of 2009. What makes this particular negotiation worth examining is the fact that not only did it bridge the period before and after the economic downturn but the process included natural stressors associated with the fact that this was the organization’s first collective bargaining agreement… 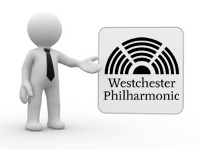 Before jumping into details about the bargaining process, let’s examine some of the basic components of the organization and their new agreement. For those unfamiliar, the Westchester Philharmonic is a typical type of professional, regional orchestra located immediately outside a major metropolitan area. They have an annual budget around $1,500,000, perform around twelve large concert events per season, and implement a variety of community and education programs. The core ensemble consists of 65 musicians, many of which have performed regularly with the orchestra since it was founded in 1983.

Their new, two year agreement runs through June 30, 2010 and is retroactive to July 1, 2008. Prior to this agreement, the organization’s hiring practices included 25 years worth of single engagement contracts for each of its full orchestra concert events. In order to learn more about the bargaining process, I spoke with the Philharmonic’s executive director, Joshua Worby, as well as orchestra committee chair and principal horn, Peter Reit.

The decision to engage in the collective bargaining process began in the last quarter of 2007. The musicians, represented by the Associated Musicians of Greater New York, Local 802, of the American Federation of Musicians and the Philharmonic initiated the process by examining 25 years of past practices alongside standard collective bargaining agreements utilized by peer organizations.

“This agreement has more to do with a simple codification of previous practices and less to do with any material changes in wages or working conditions,” said Worby. “With the notable exception of conferring tenured status for the core ensemble of musicians, a value we shared with them, hardly anything else changes. I liken it to a couple that’s been living together for 25 years waking up one morning and saying to each other, ‘honey, it’s time we got married.'”

Reit expanded on Worby’s sentiments by explaining how the organization went about the delicate process of defining which players would be granted tenure in the new agreement.

“Developing the tenure language took some time since we were very different from other ensembles we examined,” said Reit. “We didn’t have any sort of minimum attendance policy in place so looking back a few years and building the tenure roster from there didn’t work. Instead, we took the roster that existed at the beginning of 2008/09 season and those were the players who are tenured in the ratified CBA. We also agreed to enact a 50% attendance requirement over a two year period for tenured players.”

When asked whether or not this process eliminated many of the veteran players, Reit said that for the vast majority of these musicians it worked out well – some have played with the organization since its first concert 25 years ago, and some had moved on to other endeavors. Nevertheless, there were a few instances that required creative solutions.

“We had a few long-time players who weren’t able to be on the roster but we crafted a side letter making them first call subs,” said Reit.

In addition to tenure, the organization had to address issues related to artistic review in the new agreement. This was especially poignant as the organization recently experienced another critical transition period: a change in artistic leadership. In this case, founding music director, Paul Lustig Dunkel, retired at the end of the 2007/08 season and was replaced by world renowned violinist, Itzhak Perlman. To add another interesting twist to the process, Mr. Perlman assumed the title of Artistic Director in lieu of the traditional title of Music Director, which was used by Mr. Dunkel.

Fortunately, the collaborative bargaining relationship built by the stakeholders allowed them to create mutually satisfying language in the final agreement.

“Josh’s intent was to always include the orchestra’s input,” said Reit. “This made the process work as well as it did and it built a great deal of trust. We used this trust to create an artistic review clause which spells out a specific review procedure that must be imitated by the artistic/music director although that individual may not initiate this procedure in the first and last season of his/her tenure.”

Perhaps the final challenge didn’t fully emerge until all parties engaged the negotiation process. In particular, neither party expected the process to take more than a year but by the end, the time spent engaged in the process produced a stronger working relationship.

“At the onset of the negotiations I thought the process might either be completed in a week or it would take much longer,” said Worby. “In our case, it turned out to be the latter due mostly to the fact that it was the organization’s very first contract and we uncovered a number of unique details that required more time. Throughout the process, our negotiations included some healthy disagreements but we went into it with the desire to work things out amicably and so there was never a point of impasse.

This was an enlightening process and the musicians were entirely understanding of our concerns, and I think we also succeeded in assuring them of our grasp of their concerns, because in toto they are all really shared concerns about the future. I think many boards and managements often misunderstand their role in the process and their relationship to the musicians, probably because they’re capitalized as the “Employer” in most agreements and they sign the checks, so they become convinced of their having a particular kind of leverage. In fact, if you take a holistic approach to the relationship as we did, you see it as mutually enabling and interdependent, so neither party sees itself as occupying a higher or lower place in some kind of economic food chain.”

Reit echoed those sentiments and went on to point out the benefit of having a number of players with negotiating experience from other regional orchestras along with support from Local 802.

“This was my first negotiation and it was interesting that there was no way to get around taking baby steps to where you needed go,” said Reit. “It was shocking that it took that much time but having players with negotiating experience, like principal cello Eugene Moye, and Local 802’s Financial Vice-President, Jay Blumenthal, was a big help.

Throughout the entire process, everyone from both sides was on the same page about creating something that would continue beneficial past practices. Working from that point of view we took the time to assemble a document that enables the organization to successfully move forward.”

Why Does A Collective Bargaining Agreement Matter?

For many organizations at a point in their development similar to that of Westchester, the decision to move the organization to the colloquial “next level” can be identified by a number of benchmarks and one of the best defined is the implementation of a collective bargaining agreement. This sort of resolution demonstrates a higher level of commitment on the part of an organization’s stewards toward improving artistic accomplishment and expanding mission oriented goals.

Along with the details mentioned above, specific examples in Westchester’s new agreement include defining opportunities for using audio and video recordings, participation in a health care shortfall fund for musicians whose coverage is at risk, and increased stakeholder ownership through the ability of the orchestra committee to make on-the-spot work rule decisions with management in rehearsal or performance settings when real-time issues may arise.

Ultimately, an increased commitment toward fulfilling mission goals and increased stakeholder ownership are inextricable and any organization can stabilize growth and development through a bargaining process based on mutual respect and sincere stakeholder ownership. Granted, there are many pitfalls along the way and institutional leaders will need to possess an inspired sense of commitment but Westchester’s new agreement is an excellent example of how this course of action can unfold in a productive fashion while still employing a traditional bargaining process.

Worby summed up this sentiment by saying “The real meaning here resides in what [our new collective bargaining agreement] represents: a palpable commitment by both parties to each other. In so doing, the greater good of the organization’s future is well-served.”