Yesterday’s offering examined the value of forward thinking in crafting an operational vision and then using that to guide marketing and development efforts. At the same time, you simply can’t disconnect classical music from its past without expecting disastrous results. Consequently, we’re going to look at some of the challenges related to how tradition and nostalgia can join with forward thinking vision by way of one of the most popular Mad Men episodes; Season 1, Episode 13: The Carousel… 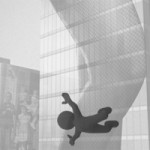 One of the greatest challenges for any marketing professional in this business is how to effectively translate the wholly unique and subjective event that is the concert experience into written and spoken word capable of attracting ticket buyers. Conventional wisdom might dictate that it isn’t possible, but a longer examination reveals that success usually it comes down to helping potential ticket buyers and donors internalize the value of the organization’s experience in a way that is obtainable without also relying on the actual music as a sales tool.

The trick is to craft these efforts in a way that provides recognition without actually influencing their interpretation.

In The Carousel, the program’s lead character and head of the firm’s creative department, Donald Draper, encounters a similar problem while working on a fictional project to sell what would later be known as the very real Kodak Carousel projector. In this instance, Draper’s solution is to come up with a name and accompanying sales pitch that does exactly what we outlined above: using written/spoken word to describe an esoteric experience and create desire.

The Mad Men website provides the following synopsis of the process:

Back at Sterling Cooper, Don hosts a meeting with the Kodak clients. He turns on the projector and flips through slides of him with his newborn baby or the family on Christmas morning. “This is not a spaceship, it’s a time machine,” he says. “It goes backwards and forwards, and it takes us to a place where we ache to go again.”

“It’s not called ‘The Wheel,'” he continues. “It’s called ‘The Carousel.’ It lets us travel around and around and back home again.” He concludes with an image of him and [his wife] Betty kissing on New Year’s. Overwhelmed with emotion, Harry [a colleague] starts crying and leaves the room. The Kodak clients, equally impressed, cancel their meetings with other agencies.

The line about The Carousel as a time machine is particularly vivid. At its core, the notion of a time machine is a vehicle. It is whatever users want it to be and takes them wherever they want to go, not unlike a concert experience. Draper’s character is encouraging users to make whatever they will out of the product all while avoiding flowery language.

“Technology is a glittering lure but there’s a rare occasion where a public can be engaged beyond flash…This old pro, a copywriter, a Greek named Teddy, told me the most important thing in advertising is ‘new.’ It creates an itch. You simply put your product in there as a kind of calamine lotion. He also talked about a deeper bond with a product: nostalgia. It’s Delicate, but potent.”

Even better is a clip of the entire scene:

This succinct scene does a wonderful job at providing inspiration. It draws connections to tradition and technology without asking buyers to sacrifice either. As an aside, it is difficult not to notice that regardless how powerful Draper’s scene is in The Carousel; it wouldn’t have the same impact without the accompanying soundtrack.

Fellow Inside The Arts author, Holly Mulcahy, posted a Mad Men related piece using the same scene from this episode. She takes a different direction and equally interesting direction.

Where does your mind go with all of this?

2 thoughts on “This Is Not A Spaceship, It’s A Time Machine”

There Is No Such Thing As History, Only A Frontier

This Is Not A Spaceship, It's A Time Machine

773 min
Don Draper’s Guide To Being A Music Director