Perhaps the best we to preface this is to say it comes from the digital desk of conductor Bill Eddins who started off a recent post with the following: “My Board chair is going to have fits, and I can just hear our Executive Director banging her head against a wall.  But folks, sometimes you have just got to throw the stuff out there.” With an intro like that, you know it’s gonna’ be good and Bill doesn’t disappoint as he provides a blow by blow account of one of the funniest patron complaint letters ever… 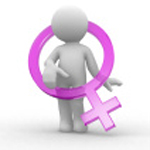 As the lone season ticket holder in the Winspear Crying Room, I feel I must pass on my concern about the questionable conduct of my fellow concert patrons.

Last Saturday evening, I arrived promptly at my usual time of 8:10 pm and took my regular seat in the back row of the crying room, settling in for an evening of Bartok and Stravinsky goodness. What occurred instead has left me traumatized and in need of what will doubtless be many months of recuperative musical therapy.

As the Haydn began, a couple in their late 50s seated in the row directly in front of me began making out, obviously aroused by the sight of Maestro Eddins shaking his sexy money-maker. While poor form for the high standards we have set for the crying room, I ignored them as best I could and tried to focus on the performance. Unfortunately, by the end of the third movement the pair had reached fourth base and I’m afraid to the report that by the end of the Allegro con spirito, the Haydn wasn’t the only thing reaching a climax.

I will never again be able to listen to Symphony No. 88 again without feeling unwell. I may even go blind as a result.

I insist that the ESO remedy this at once by appointing a chaperone for the crying room, as well as erecting a barrier for the lower half of the conductors podium to prevent other patrons from reaching a fevered pitch of arousal. If this is not possible then perhaps piping the soundtrack to “Debbie Does Dvorak” into the crying room instead of what’s happening on stage may be more appropriate.

Blind I tells ya.

Make sure you stop by and read Bill’s intro which does a letter of this caliber good.

In coming up with today’s headline, there were a few runners-up that made it hard to choose a winner. The runner up was “The Other Crying Game” and since everyone could almost certainly use a fun five minute break, come up with your own headlines and send them in as a comment. If there are enough submissions, we might even have ourselves a reader’s choice run off for best classical music double entendre.

1 thought on “Debbie Does Dvorak?”