After a stretch of swing-and-a-miss articles from the venerable Terry Teachout, he connected with a big hit in his Wall Street Journal article from 3/18/2011 where he ponders the ironic nature of the Cleveland Orchestra’s (CO) “critic-in-residence.” Teachout accurately characterizes the CO’s efforts as an institutional blog and subsequently points out all of stereotypical bear traps attached to those efforts rattling around the blog’s ankles…

For one thing, [the blog’s author, Enrique Fernández] doesn’t write reviews; for another, his pieces don’t appear in a newspaper or magazine. Instead he writes a blog on the Cleveland Orchestra’s Miami-based website. His job is to get Floridians talking about the orchestra—and posting their own opinions of its concerts. 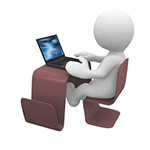 By those standards, I could call myself a critic for what appears here at Adaptistration but I’d never dream of it. I know what critics actually do and I’m self-aware enough to know that’s not what goes on here, nor should it. I’m a blogger, plain and simple.

Teachout goes on to examine more of Fernández’s work for the CO and asserts that although the outlet is an attempt “to come up with an institutional equivalent of the ‘online communities’ that spring up around homemade blogs,” it end up coming across as a common institutional blog.

His blog, which you can visit by going to clevelandorchestramiami.com and clicking on “blog,” is an online magazine that runs feature pieces about the orchestra and its activities in Miami… But Mr. Fernández’s title points to the great flaw of institutional blogging, which is that it is institutional. Whatever else he does with “his” blog, you can bet he won’t be saying anything on it that’s even mildly critical of the Cleveland Orchestra.

None of this should come as a surprise to anyone inside the business. There is a long history of crafting public communication through a series of carefully crafted filters so that the message is unidirectional and highly selective. None of that is inherently bad and a few decades ago, it worked quite well.

But times have changed and although some groups are making better progress than others, things still move slowly. For example, Teachout mentions what he considers to be one of the better orchestra institutional blog (an assessment I share), the STL Symphony Blog, but even that outlet is hampered by the lack of ability for readers to leave comments and the absence of posting reader email.

Teachout concludes by stating that the CO’s institutional blogging efforts fall considerably short of its goal.

And though [Fernández] has made it clear that negative comments on the orchestra’s concerts are welcome and will not be deleted, the truth is that he isn’t getting very many comments of any kind—three in the past month, to be exact…It remains to be seen whether any institutional blog will ever pack that kind of punch, the kind that makes readers sit up and take notice. Perhaps Mr. Fernández will be the exception that tests the rule, but his performance to date suggests that the phrase “critic-in-residence” is a contradiction-in-terms.

I have no idea what the CO has allocated toward the blogging efforts but given Teachout’s apt assessment, it might be cost-effective to simply contract a small army of will-work-for-$5 specialists from fiverr.com, where you too can hire enough individuals to create spontaneous community relevance though online engagement overnight. Fiverr.com contractors will adhere to whatever carefully crafted messages you want to deliver while giving the appearance of independent engagement.

A quick search through fiverr.com’s database tells me that you can buy as many 100 comments, a single tweet to 25,000 Twitter followers, a negative or positive review in English and Spanish, and unlimited number of blog comments for a full week all for $5 apiece. For a few hundred dollars, you can guarantee a crazy amount of comment traffic and new media attention that would rival culture blogging’s biggest superstars. Best of all, you don’t have to change a single thing about your current PR strategy and you can publish whatever you wish written by anyone mindful enough to use a Qwerty keyboard.

Ultimately, Teachout’s attention to this topic is welcome but regular Adaptistration readers already know that we’ve touched on the issue of disingenuous institutional blogging efforts and how to avoid them for years. In particular, the articles Don’t Do What Donny Don’t Does and Why Performing Arts Organization Blogs Suck were big hits at the time plus the How To Connect With New Media series of articles from 2008 continue to be reader favorites. All of the sources (which contain additional sources elsewhere on the web within their copy) are excellent tools in crafting institutional blogging efforts that do a better job at avoiding the shortcomings Teachout points out in his article. 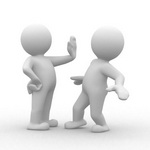 You Don't Have To Shut All The Way Up