Yesterday’s post about the American Federation of Musicians and Employers’ Pension Fund (AFM-EPF) $1.75 million pension obligation settlement with the Philadelphia Orchestra Association (POA) generated some intriguing feedback. In particular, one comment stands out in that it brings up some relevant issues regarding how all of this may impact other orchestras that are part of the Fund. 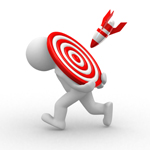 After reading the AFM-EPF’s FAQ document explaining their decision to accept the remarkably small settlement (compared to their claim) and its impact on the Fund, the reader articulated what a good number of folks may be thinking.

It might as well have an executive summary that says, “This is how things work in the real world. Everything we said publicly was posturing–a negotiating position. Sorry if that confused our participants at any time.”

For CEOs at orchestras which participate in the Fund, this can become a real problem in that the POA/AFM-EPF ordeal may bolster fringe elements within their respective boards to begin pushing for similar solutions at their own institution.

Even in the best operating environments, orchestra CEOs constantly hustle to keep everyone focused on positive institutional goals and prevent politically charged extreme views from hobbling progress and unity. But during periods of increased economic stress, that plate spinning job can quickly become overwhelming if the wrong seeds find fertile ground.

It’s important to mention these things at this juncture in time; if nothing else, good managers deserve support from all stakeholders to push back against this sort of nonsense.

In the end, the last thing any good CEO needs is for the Philadelphia debacle to encourage board members who are susceptible to the lure of a politically charged fight to hijack the institution’s focus and determination with some sort of a pension holy war. Let’s all hope it doesn’t go that far. 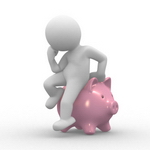 Debt Is Only The Beginning 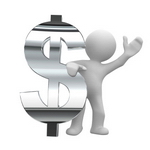