A source inside the National Symphony Orchestra (NSO) has provided details about the orchestra’s new collective bargaining agreement (CBA) that reinforce the observation that not all orchestras are suffering in the current economy. The NSO musicians conducted a ratification meeting the morning of 9/3/12, the same day the agreement was set to expire and although the results have not yet been announced, the negotiating committee recommending that members ratify the terms for the new four year agreement. Highlights from the proposed terms include: 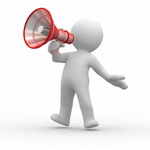 Overall, changes to work rule and non-compensation terms are modest in nature while the improvements to base compensation are self evident. Likewise, the terms help the NSO maintain its growing status as a major destination ensemble alongside the ranks of Chicago, Boston, New York, San Francisco, and LA.

We’ll examine these terms at a later date once the organization releases additional information.