It was an eventful weekend for the Season of Discontent; in Minnesota, the St. Paul Chamber Orchestra (SPCO) board cancelled all concert activity through the end of 2012 and the Minneapolis City Council passed a resolution urging the Minnesota Orchestra Association (MOA) and its musician employees to resume talks and discouraged using a lockout to settle the dispute. In Spokane, the musicians elect to go on strike following the decision of the Spokane Symphony Orchestra (SSO) board to impose their last, best, and final offer.

WARNING: You are entering Minnesota, Please use an alternate route! 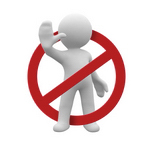 Graydon Royce (perhaps the busiest music critic in the business right now), has been reporting on both of the Minnesota events. In a pair of articles from 10/31/2012 and 11/011/2012, Royce reports that the SPCO musicians unanimously rejected management’s last, best, and final offer in a ratification meeting on Wednesday, 10/31/2012 and by the next day, the SPCO announced the cancellation of all concert events through 12/31/2012.

The 11/1/2012 article includes quotes from SPCO and musician representatives and joint confirmation that talks are scheduled to resume on Thursday, 11/8/2012. Rocye reports that management insists any sort of play and talk arrangement that would provide for the continuation of event activity under the terms of the previous agreement is something the organization can’t afford; however, there was no mention of the orchestra’s precise cash flow position or what sort of impact the 10/21/2012 lockout has had on those figures (orchestra associations typically save a great deal of money at the onset of a work stoppage). 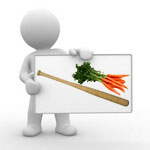 Over at the Minnesota Orchestra lockout, it is currently unknown if the Minneapolis City Council’s resolution will have any impact on the work stoppage. Typically, local political pressure produces substantive change when meaningful motivational resources are brought into action. That’s just a fancy way of saying that local politicians are most effective when they bring along a set of carrots and sticks to help get the job done.

In the meantime, the musicians are requesting an opportunity to address the full MOA board during a meeting scheduled for this afternoon (11/5/2012). According to a brief statement from the musicians, they want to “sit down and share with the entire board their deep concerns about the contract proposal.” Granted, requests from a board chair and/or CEO wishing to address the musicians during a labor dispute are typically rebuffed; however, one point of order to consider is that many orchestras provide for or even require musician representatives on the board.

In situations such as these, musicians have used those positions to present the sort of message alluded to in the musicians’ press statement. Whether or not the Minnesota Orchestra musicians intend to release a transcript of the concerns they intend to present at the board meeting is unknown.

Spokane. Near Nature. Near Perfect. Still Working On That Arts Thing.

The local Spokane newspaper, The Spokesman-Review, finally took notice of the SSO labor dispute following the decision by musicians to initiate a strike in the wake of the association imposing their last, best, and final offer. Initially, the musicians determined to report for work but when a recent two day bargaining session failed to produce a solution, the musicians decided to initiate a work stoppage by going on strike.

In an article by Chelsea Bannach from the 11/3/20152 edition of The Spokesman-Review, it appears that there is still a great deal posturing from both sides.

“We reached a point where it was clear that they weren’t willing to make substantial movement on the key issues, so we felt we had no other choice,” said timpanist and orchestra negotiator Adam Wallstein. “We offered significant, painful concessions to our salaries. They did not budge from their final offer on that count.”

“It’s the position of the board that we will not run deficit budgets,” Moye said. “In the past few years we’ve been really, really lucky that we’ve had some angels out there. But you can’t budget angels every year. Until the economy picks up and ticket sales pick up, we need to live within our budget.”

Moreover, there’s an equal amount of he-said, she-said style disagreement with regard to the model dictating how the musicians have been and should be paid. The SSO wishes to move from a combination of salaried and per service employment structure to one where all musicians are per service, claiming that the SSO fritters away approximately $150,000/year on unused services in the traditional model.

The musicians don’t deny that some of the salaried members aren’t used for every possible service but that isn’t what they desire. Instead, they are willing to apply those unused services for fundraising and community outreach activities capable of producing new revenue and support resources.

Currently, it is unknown whether or not the SSO management believes those unused services are capable of producing the sort of return on untapped resources the musicians assert exist.

5 thoughts on “Big Cancellations In Minneapolis And Spokane Strikes” 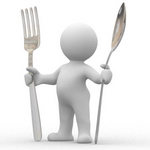 Time To Stir The Pot