Workplace satisfaction, and the lack of attention it receives in the orchestra field, is an ongoing topic here at Adaptistration and when attempting to convince orchestras vis-a-vis my consulting work of the benefits from investing in meaningful workplace satisfaction efforts, one of the very real hurdles is time. Fortunately, there’s a new solution that could mitigate those concerns. 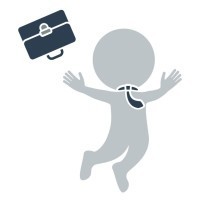 For most orchestras, there simply isn’t any time for existing HR staff to begin measuring workplace satisfaction (assuming there is an HR staff to begin with). A company called TINYpulse realized this was the case ad many for profit institutions and as a result, designed an innovative cloud based solution that could turn all of this around.

The 11/5/2012 edition of techcrunch.com published an overview of TINYpulse that sums up what it’s all about:

Everyone hates the annual employee or management review process: Most employee reviews are done annually, and so it’s difficult to figure out what’s going on in an organization and any given point. Not to mention, annual performance reviews are a huge, time-consuming pain in the ass. Enter TinyHR’s TinyPulse, which turns the review process on its head. Rather than doing a big review once a year, employees are pinged with short questions weekly.

It works like this: Once a week, TinyHR takes a survey of all employees signed up through its system, and then compares results not just within the organization, but across its whole range of clients. Questions change week after week, but once a month, employees are asked a baseline question that can be tracked over time.

The real benefit of the TINYpulse approach for the orchestra field is twofold: it reduces the amount of time and effort involved and the “ask less but more frequently” approach requires orchestras to pay continuous attention to workplace satisfaction.

Granted, the one potential drawback of TINYpulse for orchestras interested in tracking feedback and workplace satisfaction for both administrative and musician employees is the potential cost. Since orchestras regularly employ anywhere from 60 to 100+ musicians you can expect TINYpulse to cost no less than $150/month; and for small to mid size budget orchestras that’s an expense that can’t be entered into lightly.

Nonetheless, there’s some real potential here in this approach and it’s something I plan to study in more detail with the goal of interjecting it into my consulting work as opportunities arise.

Postscript: After writing this post I enjoyed a conversation a with TINYpulse founder David Niu and we’re going to continue chatting over the next week as we came up with some ideas that might provide a terrific opportunity for one orchestra. Stay tuned and in the meantime, stop by an article David suggested that chronicles one of TINYpule’s users experience using the program.

1 thought on “A Simple Solution For Improving Workplace Satisfaction” 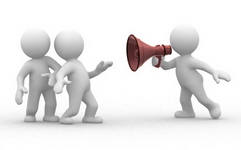 A War Of Words Indeed