The word deadline gets tossed around a lot during contract negotiations and yes, a certain degree of brinkmanship is expected when things are dark but it really is time for stakeholders to being demonstrating a higher degree of respect for one another by honoring a deadline. 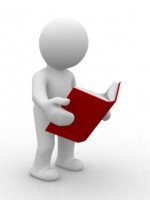 Case in point, the Saint Paul Chamber Orchestra (SPCO) board of directors has been tossing around a season cancellation deadline of Monday, 4/8/2013, at 5:00pm CT if the musicians failed to accept their latest offer, as deal brokered by Saint Paul mayor Chris Coleman. But apparently, that isn’t what they actually meant since the deadline came and went without any decision on cancelling the season.

At the time this article was written, here is what has been reported about how the brinkmanship ping-pong ball has been bouncing back and forth.

As a result, the board’s season cancellation deadline came and went without any formal decision other than they planned to meet for a new deadline on Tuesday, 4/9/2013 to decide, or not, on whether the remainder of the season would be cancelled.

That deadline came and went, again, without any decision and at the time this article was written (keep in mind details are murky here), it appears that the musicians’ may take the original offer to their membership for a vote. However, there is no word on whether the offer will be accompanied by a recommendation for approval from the negotiation committee; a provision Mayor Coleman was stumping for over the weekend.

The SPCO responded to the musicians’ latest modified offer by stating, more paraphrasing, We’ll be delighted to think about it, after you sign the agreement as-is.

At this point, it seems the SPCO has no real commitment to any sort of season cancellation deadline (as if it really mattered at this late date anyway), nor do they seem anxious to move over any items remaining on the musicians’ increasingly malleable line in the sand.

For now, and barring any more eleventh hour twists, it appears that the next move should come from the musicians. If they decide to hold a ratification meeting, it is unlikely the proposed agreement will pass without the committee’s recommendation unless a new movement emerges where a majority of musicians opt for what might be described in Mad Men era vernacular as “folding like a bunch of umbrellas” on traditionally key issues of job security and equal pay for equal work.

Given how quickly details seem to be changing, everything from this article may be out of date by the time it is published. Nonetheless, one thing you can count on is even if both sides reach an agreement, don’t expect to get any meaningful details until weeks later.

I Don't Think That Word Means What You Think It Means

232 min
X
Still Advising Wait And See For St. PaulNegotiationsGiven the news reports over the past few days, it is certainly understandable that one might think the St. Paul Chamber Orchestra's (SPCO) extended wo…