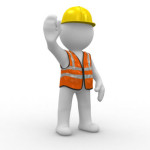 If you’ve noticed that some websites seems sluggish or you’re having connectivity issues, you’re not alone. The past several days have witnessed a large uptick in coordinated hacker activity, with the lion’s share of the brute-force and DDoS variety. This is something performing arts groups need to pay attention to because thanks to lower-than-should-be budget levels for things like IT support and computer security, they can find themselves at a higher than average level of risk.

Fortunately, we covered the vitally important issue of password security in a post from June 4, 2012 and in a follow-up article from 1/25/13 about ways to make using strong passwords easier and less hassle.

The last thing anyone wants is to be the person responsible for getting your entire office network blacklisted by major hosts and ISPs because they discovered one or more computers in your office were compromised by a brute-force attack thanks to your “MahlerRocks2″ password.

X
Custom App Icon Giveaway!FeaturedAs promised at the end of Simple Tips For Increasing Web Traffic From Mobile Devices Part 1, it's time to give away some super cool custom designed ap…