When joining the board of a nonprofit performing arts organization, most folks don’t assume the job will include a political battle fought in the public arena for doing nothing more than acting as a steward of public trust. But according to a report in the 6/4/2013 edition of WPLG’s Local10.com by Bob Norman, that appears to be the case at the Symphony of the Americas (SoA) where members of the organization’s executive board claim they were ousted for attempting to investigate questionable spending practices of SoA’s executive director, Renee LaBonte, and the long-time maestro, James Brooks-Bruzzese. 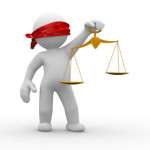 In question are sketchy internal oversight measures such as LaBonte reportedly barring the board treasurer from signing checks and keeping the organization’s financial records at her personal home, both of which violate SoA’s bylaws. When asked about that issue by Local 10’s investigative reporter, LaBonte declined to answer other than to say the there are times when administrators sign checks and other times when the Treasurer signs.

Also in question are purportedly personal travel expenses by LaBonte and Brooks-Bruzzese that were paid for using SoA funds.

When former board president Beth Holland and Treasurer Raquel Cohen began an internal investigation and asking questions, they claim LaBonte and Brooks-Bruzzese organized a board coup by amending the bylaws and had both members removed. In response, more than ten additional board members resigned in protest as did the orchestra’s Symphony Society President.

Regardless of how the SoA debacle turns out, the situation is a representative example demonstrating just how much power and influence rests in the executive administrative and artistic leaders. It will be interesting to see if the situation continues to develop and the sort of transparent audit being called for by the ousted board members comes to pass.

Likewise, the situation brings to mind the Sarbanes–Oxley Act of 2002, which set into motion a series of enhanced accounting checks and balances to help prevent corporate executives from committing fraud along with providing added protections for corporate whistle blowers. Interestingly enough, Sarbanes-Oxley contains provisions that exempt nonprofit organizations from being subject to the accounting requirements due mostly to the unreasonable burden it would place on smaller and mid size budget organizations.

Following is a copy of the investigative report segment aired by WPLG and you can access the orchestra’s IRS form 990s at Guidestar.