There’s a fascinating article by Philadelphia Inquirer music critic David Patrick Stearns in the paper’s 7/20/2013 edition about a recent Philadelphia Orchestra performance featuring violin soloist Nicola Benedetti. Stearns reports the heat was so high that the orchestra cancelled a sound-check rehearsal and Benedetti clearly suffered during that evening’s performance. 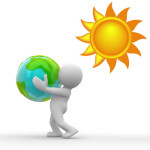 Stearns’ article is timely during a period in the field where work rule flexibility is all the rage during collective bargaining agreement (CBA) negotiations. In cases such as temperature clauses, flexibility seems great on paper; after all, you can’t control the weather and HVAC systems have a way of breaking at the worst moments. But some work rules aren’t there for the sake of convenience, they exist for safety and artistic standards.

For the most part, temperature clauses are pretty much what you would expect in that they define maximum and minimum temperatures under which the orchestra will perform; likewise, it is common to have a different set for indoor and outdoor conditions. In most cases, the language includes provisions for rain and direct sunlight and in certain parts of the country, humidity can be a part of the equation. Typical provisions include:

Although it might seem like temperature clauses are fairly straightforward, it isn’t uncommon for orchestras to get stuck in the gray. What you would do in the following situations:

These are only a few examples but the full range is as varied and you can rest assured that outdoor events add considerably more variables to manage.

The financial ramifications are greater than some might realize; for both employers and employees. For employers, delays cut into rehearsal time and can result in overtime payments. In worst case scenarios, rental fees, guest artist fees, and related stage crew expenses skyrocket due to rescheduling. Perhaps needless to say, unexpected production expenses during times when budgets are thin can have a very negative impact on an institution’s wellbeing.

Then there’s the dynamic cost of increased workplace tension; employees are less efficient, patience is strained, and music making suffers. In the worst cases, events are cancelled and most, if not all, the related earned income is lost but the production expenses are there mocking you in red ink.

During this period of economic stress, it is easy for employers to push temperature clause boundaries in order to mitigate expenses and maximize potential revenue; but more often than not, it simply isn’t worth the risk, especially for new ventures.

The variety of climate extremes from one region of the country to the next make any sort of universal temperature clause impossible and each organization determines appropriate limits. And short of adopting high-cost measures of supplying secondary instruments for at-risk musicians, it is better to err on the side of caution when crafting this language and exercise prudence during season planning.

On that note, and if time permits, I’ll relay some fascinating anecdotes later this week from my 2008 consulting project with the Qatar Foundation where I had to craft a myriad of working condition rules and orchestra policies related to extreme weather conditions for their newly founded National Philharmonic Orchestra. Perhaps unsurprisingly, it gets very hot and humid in the Middle East, yet outdoor activity in those conditions is not uncommon.

4 thoughts on “Hot Town Summer In The City”