Even though Adaptistration is coming up on its ten year anniversary, one of the more vexing tasks is writing concise headlines that are both catchy and descriptive; oh, to be as clever as the Daily Show writers. But one man who never seems to have trouble writing headlines in Norm Lebrecht and he published this one yesterday: Concertmaster blows, shows the trombone how it’s done. 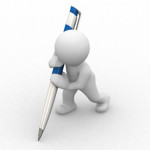 His post features Neo Classical author, Holly Mulcahy, who is also be the new concertmaster for the Chattanooga Symphony & Opera along with a member of the Grand Teton Music Festival (GTMF) violin section.

Just like all of the wildly talented and multifaceted authors at Inside The Arts, she has a few hidden talents; one of which is the feature of Lebrecht’s post and as he puts it, “Holly is a secret trombone blower. And she ain’t that bad.”

Mulcahy has a half dozen YouTube videos of her playing excerpts from the standard trombone repertoire, and cumulatively, they have more than 200,000 hits and over 1000 comments (you can find the highlights in Lebrecht’s post).

It’s all good tongue-in-cheek fun* and if you’re up on the who’s who of orchestra musicians, you’ll notice more than a few high profile faces in some of her videos (including one with her brother and National Symphony Orchestra principal trombone, Criag Mulcahy).

And speaking of the GTMF, if you’re in Jackson Hole tonight, Mulcahy is a featured performer on tonight’s Musicians’ Choice chamber series performing Saint-Saens’ Piano Trio No. 1 in F Major, Op. 18 along with fellow GTMF musicians Scott Holshouser, piano; and Karen Freer, cello. Yes, Mulcahy will be playing the violin.

But how about some other hidden talents out there in the field, on stage and in the office? Post a comment and give up what you know.

*If you have some time to spare, check out the YouTube comments (especially this thread), some of which are from folks that don’t get the gag are downright priceless.