There’s been a substantial amount of online discussion about the Minnesota Orchestra Association (MOA) Domaingate debacle since Emily E. Hogstad made it public on 8/21/2013. In the wake of that realization, the MOA has provided some rationale behind purchasing 13 domain names associated with typical audience support efforts during labor disputes, but it raises more questions than answers. 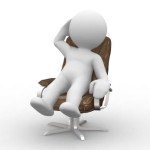 The 8/22/2013 edition of NPR.org quotes MOA Director of PR, Gwen Pappas, confirming that the organization purchased the domain names in advance of the lockout as part of a larger strategy (emphasis added).

The total costs of the 13 domain name purchases, each bought for two years’ registration, were $325, and were paid for by MOA funds, said Gwen Pappas […] Pappas added that such purchases are “common business protocol in any organization,” and that these 13 are among approximately 40 total URLs owned by the MOA. She said that management was already anticipating that negotiations were most likely going to be difficult, and considering that the orchestra was at that point already facing a $6M deficit, the intent of the purchases was to find a way to “protect the institution and share our messages.“

Since 2008, there have been a several best practice articles here at Adaptistration advocating that employers should purchase a unique domain name in order to communicate the organization’s official bargaining strategy and serve as a central resource for communicating related institutional messages. Conducting these efforts off the primary domain name helps maintain the institution’s long term integrity, promote an overarching sense of stakeholder unity, and makes it easier to erase emotional copy crafted in the heat of the moment from search engine caching.

From that perspective, the MOA’s decision to purchase the domain names could be construed as positive since Pappas’ statement references sharing the MOA’s message as official rationale.

The problem here is that the MOA never bothered to actually use any of those domain names; instead, each one points to default placeholder pages generated automatically by the host, GoDaddy.com. And in direct conflict with recommended best practice, the MOA has opted for using the official institutional website for delivering their labor dispute related messages.

As of 8/25/2013, minnesotaorchestra.org’s homepage was dominated by content dedicated almost exclusively to promoting the executive committee’s bargaining position and what might be considered in some circles as heavy-handed stakeholder bashing.

Add to this the decision to purchase two year domain registrations when the one year option would have been sufficient (not to mention less costly) and the MOA’s leadership finds itself hip-deep in a raging river of disingenuous corporate double speak.