One of the most common questions coming in from readers, colleagues, and friends about the Minnesota Orchestra dispute is why; people are befuddled over why things have become this bad and why there’s no apparent end in sight. The answer is simple and it has little to do with budgets, sustainability, competitiveness, excellence, or any of the other jargon grenades lobbed back and forth in the now all-too-predictable press statements. This fight is all about power. 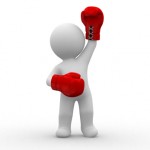 In fact, we examined this very issue all the way back on December 5, 2012 when the dispute was in its comparative infancy. Since then, absolutely nothing has changed.

As we approach the next critical waypoint in the Minnesota Orchestra’s dispute, it is worth reaffirming what the power play is all about by reexamining key pints from last December’s post.

Publicly, the labor dispute is about money, revenue vs. expenses; but those battles aren’t exactly new in the field and historically, money fights tend to get settled before reaching levels such as those at the MOA. Instead, this appears to be far more about the decades old struggle over control and if the MOA’s end game is rooted in this old school power play, then don’t expect things to get better before they get worse.

In order to provide more detail, I want to reach back to a TEDx presentation I had the privilege of delivering on 5/7/2011 on labor relations and the arts. Specifically, the section on labor disputes and control does a good job at summing up the current quagmire in Minneapolis; for example, take the following excerpt and ask yourself if it is applicable to the MOA labor dispute.

[The field needs to] stop pretending that we’re not fighting over what we’ve been fighting over for decades: control. Employers want to be able to tell the artists what to do, when to do it, and how to get it done without any restrictions or feeling like they’re being held hostage to every last artist whim.

Artists want wage and benefits guarantees along with parameters placed on working conditions.

Unfortunately, it’s become fashionable to take our fights over control and package them in boxes marked community engagement, structural deficits, artistic parity, or whatever jargon du jour is all the rage. In the end, regardless of how the fight settles, the core struggle over control continues to simmer. Even during periods of intense economic stress, we manage to find ways to interject unrelated control issues into a process as cut and dry as emergency wage concessions.

Talk about making a bad situation worse, it’s almost as though some in the field are compelled to snatch defeat from the jaws of victory.

In order to build a healthy labor relationship, both sides need to realize the struggle over control is expected and each individual organization will only find a sustainable balance between extremes once they abandon the goal of obtaining dominant control in the relationship.

You can read the complete presentation along with the accompanying slides in the Adaptistration post from 5/11/2011.

6 thoughts on “Nothing’s Changed, It’s Still All About Power”

X
Osmo? Who Needs Him?NegotiationsJust in case you had any hope that the Minnesota Orchestra Association (MOA) would reach an eleventh hour agreement with its musicians to rescue the 2…

Nothing's Changed, It's Still All About Power