One aspect of #NAMPC 2013 I neglected to mention was just how enjoyable it is to mingle with a broad cross section of professionals at different career stages; which is merely a polite way to say that there was a wide variety of newbies, mid-carrier, and veteran arts pros in attendance. It’s especially enjoyable to interact with the 20-somethings, now more than ever because the post-downturn crop of inductees is very different in that they are not what you usually encounter, and I mean that in the most positive sense. 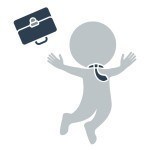 With several years of anecdotal and observational knowledge to draw from, I’ve identified the following traits (good and not-so-good) among those who stand out from their peers and many of these qualities are very different from previous generations.

The latest crop seems to be almost naturally resistant to apathy; in some cases, they seem to act like an apathy antibody, single handedly reversing the dark, viral creep one department at a time. Simply put, they just don’t care if their fellow arts managers are masters of ennui and damn it, they are going to move forward regardless. At the same time, the darkness is patient and in the game for the long haul so it will be interesting to see how long this trait lasts.

Pursuing a degree during a major recession seems to be producing a useful degree of realism that was missing in previous generations. Instead of gravitating toward those with the latest gadgets and tools, this generation seems more impressed with those who can do more with less. This is especially useful in that it begins to shift attention toward accomplishments rather than assigning value by budget size.

This generation doesn’t appear to be as willing to work long hours late into the night. They want to get their work done then go out and have fun but the important observation here is they do it with a healthy sense of time management. They want to quit at the end of the day because their work is done; meaning, they do an excellent job at balancing their professional and personal time without sacrificing one for the other.

All About The Flex

This is closely related to the Clock Watcher item in that this generation almost expects their arts org employer to foster creativity by way of flexible work schedules and environments. Productivity is especially important to this generation and if they do a better job by working in a coffee shop the first hour of the day, then so be it. Interestingly enough, this is one area where I observe a good deal of frustration among this generation with the traditional system as arts employers can be slow to change.

Perhaps unsurprisingly, they are constantly communicating via Smartphone and tablet but they do an especially good job at responding to questions and requests without it having a negative impact on their primary workflow. Not only are they getting their work done, they’re doing a better job at helping you get your work done too.

What sort of successful habits do you recognize in the current generation of incoming arts managers? Feel free to share in the comments below.

3 thoughts on “The Habits Of Successful Young Arts Admin Professionals”