Ever since the Minnesota Orchestra Association (MOA) and its musicians announced they reached an agreement, one contractual item is beginning to cause a stir; specifically, the decision by the contracted musicians to accept a provision that reduces substitute musician pay at a greater rate than their own salary concessions. This becomes even more intriguing when you understand how contracted and substitute musicians function within a contemporary symphonic orchestra.

The duties and responsibilities for substitute musicians are rarely defined in detail but it is safe to assume the following:

The process used to select substitutes varies wildly from one orchestra to the next and there are no boilerplate regulations dictating how this process functions. For example, an orchestra may require substitutes to participate in an audition process which the orchestra then uses to rank substitute musicians in such fashion that is used as a call order throughout the season while other groups allow section principals and/or the music director to select substitutes on an as needed basis. Some orchestras even hire local contractors to engage substitutes so you can see, there’s a wide variety of operating methods when it comes to how substitutes end up on stage.

It’s important to know that even the term “substitute” has no universal definition and each orchestra classifies substitute musicians as it sees fit; to that end, terminology and designations can vary. For example, the MOA’s 2002-2004 CBA contains two classifications for musicians who are not contracted, tenured members:

Section 2.9.c – Substitute Musician shall mean any musician employed on a temporary basis to substitute for a Staff Musician who is on sick leave, military leave, or other approved leave of absence, or to fill a vacancy for a period of one (1) year or less.

Section 2.9.d – Extra Musician shall mean any musician employed on a temporary basis to supplement the complement of Staff Musicians.

Nonetheless, that CBA applies the same payment formula to both designations:

In order to provide a more comprehensive frame of reference for the above formula to make more sense, it is useful to know that the typical work week during that period of time had a cap of no more than eight services per week (emphasis added).

What all of this means is patron stakeholders need to be careful to make sure they have as much information as possible when engaging in related discussions, especially if comparisons from one orchestra to another are part of the conversation. 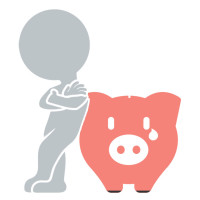 Getting back to the MOA’s recent agreement, the issue at hand is it appears the contracted musicians approved an agreement that requires substitute musicians to take a larger pay cut than they accepted. Unverified reports indicate that substitutes will only be compensated at a rate of 90 percent what contracted members earn.

Using those unverified figures alongside some of the min/max service language from above, you can begin to create a very rough formula for determining what contracted musicians are paid per service:

For now, keep these numbers tucked away; we’re going to revisit them in a follow-up article once the MOA’s new agreement is released (as a related aside, my previous requests to both musicians and the MOA for a copy of the new CBA have gone unanswered).

Between now and then, questions begin to focus on why the contracted musicians decided to accept a proposal that required their substitute colleagues to absorb a larger pay cut than they ultimately accepted when they had such a strong history of parity. Was the discrepancy a deal-breaker for the MOA? Once the final concessions were known, was the MOA unwilling to engage in the zero sum bargaining they’ve been purporting throughout the course lockout in order to maintain parity? Did the musicians have a bottom line for base salary, even if it meant requiring substitute musicians to accept a greater cut?

These questions, and more, are attached to the issue and worth examination. I’ll be presenting these questions to both sides while continuing to request a copy of the new CBA. Hopefully, both stakeholders will be forthcoming but in the meantime, what are your initial thoughts about the contracted musician’s collective decision to require substitute musicians to absorb a larger pay cut without a reduction in duties or responsibilities while simultaneously relying on them to comprise a larger ratio of the orchestra.

Regardless of the details and subsequent rationale, it does appear that the new MOA agreement eliminates parity among contracted and substitute musicians. And whether or not answers to the above questions are ever provided, that doesn’t mean the discrepancy has to remain in place; ultimately, the musicians will always have several options available to rectify the pay inequality and restore parity regardless of the new CBA’s current terms or the collective decision to ratify the agreement.

We’ll examine all of those options in greater detail once one or both sides release a copy of the CBA and begin providing additional information about how this term ended up in the final agreement.

X
One More Reason To Get A Copy Of The MN Orchestra CBA…Equal Pay-Equal WorkAs bits and pieces of the Minnesota Orchestra's new collective bargaining agreement (CBA) begin to see the light of day, there's one detail flying und…

706 min
X
Parity PollEqual Pay-Equal WorkThe past few posts on the topic of substitute parity has generated a good bit of feedback; so much so, that I'm curious to know what readers think abo…