We’re going to continue taking a cue from public radio with another variation on their more successful pledge drive themes, as defined by June Thomas’ excellent 2009 article in Slate Magazine on the topic of public radio pledge drives, to help promote the Orchestra 990 Database Project’s Kickstarter campaign.

Today’s Appeal Is About Momentum: The Time Is Now 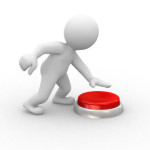 Last week saw the largest increase in donors since the fundraising drive kicked off on 2/10/2014 and although it put a big crack in the dam, it needs another push to really bust open; to that end, now is the time to get your pledge on.

And don’t think this is all take-take-take; no sir, your pledge garners not one, but two gifts.

First up is one of several backer awards, many of which are cumulative in that you get many of the rewards at lower giving levels. There’s everything from social media shoutouts through free consulting work to attending the Chicago launch party and a host of glitzy decider and naming rights options.

Next is the gift of success. Granted, one of the most difficult things to wrap your mind around is the notion of something that doesn’t yet exist. But just like all good things, once you have it, you won’t be able to realize how you ever got along before. One current backer wrote earlier this week after spending more than 40 minutes digging through orchestra 990 files that weren’t keyword searchable (and coming up empty handed).

My frustration drove home just how much this database is badly needed, so I went back and upped my pledge.

So, even if the reasons may not have made themselves clear yet, you’ll find plenty once the database once it’s up and running.

Right now, the only thing we can count on is the project falling short of its goal if we don’t keep things rolling along and to that end, here’s what you need to do to make a difference:

I’ll be appearing on SoundNotion.tv this Sunday, 3/9/2014 to discuss the Orchestra 990 Database Project in greater detail and given the SoundNotion crew’s tendency for asking just the right questions, you’re certain to not only learn more but get fired up over just what the project can accomplish.

In fact, I’d be surprised if you couldn’t get in touch with them before the show to see if they will ask any question on your behalf, even geeky stuff like “how did Drew create that awesome promo video?”

You can become a backer with a pledge as small as $1.00 and backer rewards begin at the $5.00 pledge level. So what are you waiting for, it’s time to man up and make a pledge. When you’re done, you can share it on Facebook and Twitter so all of your friends will be reminded that you’re the kind of person who can step up to a challenge.

Man Up And Become A Backer

X
Time To Man UpFinanceWe're going to continue taking a cue from public radio with another variation on their more successful pledge drive themes, as defined by June Thomas'…

Get Your Pledge On

232 min
X
Talking Big Data With The SoundNotion CrewFinanceLast Sunday, 3/9/2014, I had the pleasure of appearing on SoundNotion.tv and in addition to talking about Minnesota's CEO, Memphis' future, and The Me…