Last Sunday, 3/9/2014, I had the pleasure of appearing on SoundNotion.tv and in addition to talking about Minnesota’s CEO, Memphis’ future, and The Met negotiations, we also covered everything you wanted to know about the Orchestra 990 Database Project but were afraid to ask (because that’s how the SN.tv crew rolls). 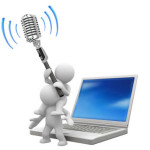 It was a great discussion and it went a long way toward covering what a number of folks have been most curious about or as one of the show’s co-hosts, David MacDonald, put it “you’ve got a really interesting project going on at kicker…and even the name I have to think about what exactly it means. So what is an Orchestra 990 and what does it have to do with your Kickstarter project?”

Add to that mix some great follow-up questions about who the data is for plus how it can be used and you have a terribly worthwhile interview. We go on to talk about how the project is very different from Guidestar (around the 8min mark) and the way it will take orchestra financial data and makes it useful in a more applicable sense.

Around the 10 min mark, one of the show’s co-hosts, Sam Merciers, discusses how even though patrons have had “air quote access” to the data before, he’s curious to see how it would open up involvement.

Sam and his co-hosts were also curious to know what I thought about whether or not there might be some people in the field who would be very unhappy to see this level of access exist. You can hear my reply around the 13min mark.

But enough words, it is time to bring on the video!

And don’t forget to become a backer and encourage all of your social media peeps to do the same!

X
Get Your Pledge OnFinanceWe're going to continue taking a cue from public radio with another variation on their more successful pledge drive themes, as defined by June Thomas'…

231 min
X
Wield Influence Just Like A Big Money DonorFinanceYou're in for a treat today because you're going to learn how you can be just like a large donor; without needing all of that money. Moreover, we're g…