It is time to weigh in on what’s been unfolding at the Minnesota Orchestra Association (MOA), the processes used, and what the institution can expect moving forward. 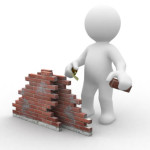 After a long and fretful debate, the MOA finally decided to remove Henson and although that was clearly the correct decision to make, they managed to go about it in the worst possible way by extending his tenure through the end of August, 2014. Henson’s presence served as a lightning rod of controversy and negative attention but the MOA compounded the already difficult task of extracting an unpopular CEO by allowing him to remain. This compromise that pleases none complicates the pressing issue of whether or not former music director Osmo Vanska would return and relations with musicians and patrons could begin to heal. Moreover, Henson’s extended presence though the end of the season makes it that much more difficult for the institution to attract a replacement, begin winning donors back, and establishing a healthier environment in the administrative offices. Given the entrenched support for Henson among a small but vocal sect of the board, it is difficult to imagine that the severance package offered wasn’t overly generous and given the potential gains, it would have been better to sweeten the deal even more in order to remove him ASAP. From there, and in an ideal scenario, the institution would have lined up a reliable executive stalwart to serve as an interim CEO in order to keep the plates spinning until a replacement is hired. This would have made the position far more desirable and broadened the potential field of qualified candidates. Instead, the board opted for the hard way.

Watching eight key board members resign with such public fanfare over the decision to dismiss a CEO would have been practically unheard of several years ago but now, it seems to be increasingly common. The last mass exodus was in Denver where the former Colorado Symphony Orchestra executive committee and two thirds of the remaining board resigned en masse then waged a publicity campaign against the institution. The really curious part here is just how much venom was delivered by the outgoing MOA board members over an administrative figurehead. The 3/28/14 edition of the Star-Tribune published an article by Graydon Royce that contained an excerpt from a letter written by one of the outgoing board members which sums up this sentiment.

“By encouraging a person to resign — one who had tirelessly helped us work toward sustainability — we send the wrong message to future applicants for that position,” wrote Teri E. Popp, a Wayzata attorney and member of the board’s executive committee, in a letter to board chairman Gordon Sprenger.

Set aside the misguided notions related to placing so much emphasis on a key administrative figure and why that same approach shouldn’t also apply to the other key stakeholders and you see that this spat is likely far from over. If the wounds run deep enough, you can expect the departed board members will actively engage in drawing as much support away from the institution as possible. Add to that any direct support they provided and you’re looking at an immediate drop in revenue unless the current board members manage to parlay this into increased sympathy support in the form of increased gifts from existing donors and attracting any donors on the fringes who may have been waiting for that element to leave. The trick now is if the board exodus ends up producing an uptick in overall unearned revenue, it will only make the departing members lose face and ideally, the institution should be looking to the future with an eye toward reconciliation so they will need to tread careful and avoid any semblance of gloating. Ultimately, the lesson to learn here if you’re a board member is keep things in-house. Yes, resign as a group if you wish, there’s no harm there, but going on a public offensive only makes you look petty and more like a stereotypical fat cat rather than an earnest steward of public trust.

#3 Osmo: Thumbs Up Or Thumbs Down?

The last remnant from the lockout yet to be resolved is whether or not Osmo Vanska will return. Frankly, it doesn’t really matter what title he assumes provided his duties and responsibilities are such that he is the principal figurehead responsible for shaping the orchestra’s artistic vision and musical standards. The reality here is the orchestra’s on-stage compliment is genuinely decimated with many of the key musicians gone for good while others are on the fence about returning. Consequently, there’s no denying that if Vanska returns, he and the musicians will need to embrace the task of rebuilding their artistic standing.