The San Diego Opera (SDO) is one step closer to defusing the self-destruct mechanism triggered by its recently departed executive board members and General and Artistic Director and CEO Ian Campbell. In a 4/25/2014 press statement, the SDO announced that Campbell and Ann Spira Campbell, SDO Deputy General Director (and Ian Campbell’s ex-wife), have been placed on paid leave and that SDO Executive Director Keith Fisher has been moved into the position of Chief Operating Officer. 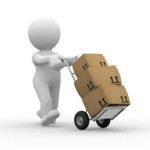 The SDO also kicked off an official emergency fundraising campaign to raise $1 million by 5/19/2014 in order to carry out a 2015 season. In what is almost certainly an effort to bolster public trust, the SDO board established an escrow account to collect funds for the 2015 season drive and if that effort falls short, the funds will be returned to donors.

Perhaps unsurprisingly, the establishment of an escrow account is a positive sign, now if they could find a way to remove the required account registration
before supporters can actually make a donation, they’ll be in a better place. Hopefully, the SDO’s box office provider will step up and make an exception to that major hurdle and create a conversion friendly, one page donation form.

What’s worth noting at this junction is there’s no indication in the press release or other public statements that even if the emergency fundraiser fails, the SDO will shut down. Instead, the company announced a board meeting scheduled for today and it wouldn’t be surprising if that meeting produced additional insight as to how they plan to move forward.

As for Campbell, his compensation legacy continues to make headlines in both the San Diego Union-Tribune and the LA Times but he has not made any public statements. It will be interesting to see if he plans to forego or donate any portion of his compensation back to the SDO while on leave.

San Diego, CA – San Diego Opera Board Acting President Carol Lazier has announced that Ian Campbell, General and Artistic Director and CEO of the San Diego Opera, and Ann Spira Campbell, Deputy General Director, have been placed on leave. On April 18, after hearing from a Special Committee of the Board, the newly reconstituted Board announced their intention not to close the opera on April 29, as had been previously reported. The Board voted at a four-hour meeting on April 17 to stay open until at least May 19 and to explore opportunities to continue the Opera Association’s mission. “We are now very focused on reshaping the San Diego Opera and following a fiscally responsible path,” said Ms. Lazier. In light of this news, San Diego Opera has announced that fundraising options for the Company’s 2015 season, its 50th, are now available to the public after the creation of an escrow account approved by the Board of Directors. This account enables the Company to begin collecting funds that are restricted to the production of a 2015 season.

If the 2015 season is not announced, or the $1 million goal is not met by May 19, 2014, donations will not be released to the Company and will be returned to the donor. The creation of this account allows the Company to explore moving forward while protecting donor money and giving supporters the security that their gift is being applied to the future of San Diego Opera which is now actively analyzing sustainable business models and various plans for future seasons.

“The public support for San Diego Opera’s future has been overwhelming,” shares Acting Board President, Carol Lazier. “People could not accept their beloved opera was disappearing and took to the streets in protest. We heard you. And we’re proud to say that the future of San Diego Opera will celebrate its legacy of artistic excellence. But now it is up to you. The new San Diego Opera will not only depend on large gifts, but the community’s engagement and support. Every gift is needed – large, small and in between. From an acorn we will grow a mighty tree.”

The Company is also pleased to announce Keith Fisher has been named Chief Operating Officer. Keith joined San Diego Opera in 2002 and has served as the Executive Director for the past 12 years. He has a bachelor’s degree from Northeastern University in Boston and an executive MBA from SDSU. Previous positions he has held have been mostly in the technology sector, including Vice President of Human Resources at WebSideStory and Vice President of Business Development at ConfirmNet. Mr. Fisher will manage the staff and resources of the Company during this critical time. “I have known Keith for a number of years,” comments Lazier. “I have the utmost faith in his ability to handle the current needs of the Company with urgency, clarity, and discretion. He leads an incredible staff facing its greatest challenge in the Opera’s 49-year history. The work will be difficult, we will be exhausted, but I believe that with this team we’ll emerge as a stronger, better opera company for all of San Diego.”

Finally, on Monday, April 28, 2014, at 9AM, the Company will convene a special meeting of the Members of the San Diego Opera Association. This meeting, called by the Association Members and run by Acting President Carol Lazier will address, among other topics, options to preserve San Diego Opera and its assets as other reasonable alternatives besides closure and liquidation are explored. Meeting attendance will be limited to Association members.

Immediately following the Association Members meeting, a special meeting of the Board of Directors will convene. The Board will further discuss plans for the future of the Company which they have been reviewing. Plans include: a 2015 season left mostly intact reflecting Ian Campbell’s careful artistic planning, new business strategies, alternative performance venues, innovative ways of presenting opera, and cost-cutting measures across the Company.

The Board of Directors would still need to vote on producing a 2015 season pending the outcome of fundraising efforts and also would need to vote to rescind the decision to close the Company which is now scheduled for May 19, 2014. Once a 2015 season has been approved, the Company will announce the season schedule and open subscription sales.

San Diego Opera announced its closure and the sale of its assets last month. The original closure date was scheduled to occur on April 14, 2014, the day after the Company’s final sold-out performance of Don Quixote. A vote by the Board on March 31, 2014, delayed that closure by two weeks until April 29, 2014. Another vote by the Board on April 18, 2014, extended that closure date to at least May 19, 2014.

1 thought on “SDO’s Campbell Is Out But Not Gone”