On 5/20/2014, Opera America (OA) published a statement about the San Diego Opera and related issues as they apply to the opera field. The statement acknowledges the difficulties opera organizations have been experiencing since the economic downturn but unlike similar efforts (remember Red Alert?) it conveys a meaningful upbeat message that doesn’t fall prey to self-deceiving, Pollyannaish nonsense. 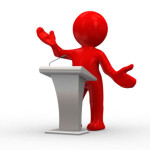 For instance, OA doesn’t mince words when it comes to difficulties:

But instead of using this pragmatism as justification for asserting a defeatist current demand = genuine potential position, OA decided to focus on fundamental principles that contribute to maximizing real potential (emphasis added).

There is tremendous public interest in opera despite the decline in mainstage ticket sales. San Francisco Opera, The Dallas Opera and Washington National Opera attract tens of thousands of people to their free transmissions to local sports arenas. The classics of American musical theater are bringing thousands of newcomers to opera houses in many cities. Millions of tickets have been sold to the Metropolitan Opera’s Live in HD transmissions to movie theaters.

In the end, it is difficult to avoid suppositional thinking and wonder what sort of environment the orchestra field would enjoy today if it adopted OA’s approach back in 2011. On the bright side, there’s nothing stopping it from adopting it now; after all, better late than never.

The startling announcement in March that San Diego Opera planned to cease operations – and the ongoing effort to save the company – sparked an intense national debate about opera’s capacity to thrive in the 21st century. The prospect of losing another large opera company only months after New York City Opera declared bankruptcy was particularly unsettling, especially when many opera companies have embraced new artistic and financial strategies to navigate through more challenging circumstances than those facing San Diego Opera. We were delighted to learn at the end of last week that effective teamwork inspired the opera company board – under new leadership – to rescind the decision to close the company. Many challenges lay ahead, but it is wonderful to know San Diego Opera will celebrate its 50th anniversary season after all.

An importance lesson can be learned: Simply conducting business as usual is no longer sustainable. Opera companies of all sizes have faced severe financial circumstances, actual and projected. Many have demonstrated strategic agility and embraced innovation to ensure their continued cultural service at high artistic standards:

There are many other examples of companies that have retrenched, re-envisioned and re-emerged in a new position of strength. They have depended on the cooperation and support of board members, administrators, artists, unions, venues, vendors and audiences. They have been creative and energetic in their response to substantial obstacles to success. They have demonstrated courage, determination and generosity.

Reports about the success being achieved across the country in reaching new audiences and increasing the civic impact of opera and opera companies, however, must include a clear statement that these are very challenging times. Paid attendance for staged productions has decreased for most companies in recent years (See OPERA America’s 2013 Annual Field Report) as audiences resist the old subscription model and purchase single tickets less frequently. Expenses continue to escalate more steeply than the cost of living while institutional and government grants are relatively static. The cost structure for producing opera, especially for companies with long-term union contracts, must be addressed. With box office income accounting for a smaller percentage of operating budgets, individual contributions are more important than ever at a time when competition for philanthropy in a growing non-profit sector is increasing. Yet even this important source of funding is fragile in a period of generational change and wealth transfer.

Opera companies are operating in a less supportive environment. Media coverage for the arts has been reduced or eliminated in many cities as newspapers grow smaller and readership declines. There are fewer classical radio stations. The recording industry that used to promote the careers and celebrity of leading singers is tremendously diminished. Arts education in schools has been greatly reduced and the arts are nearly invisible in the popular culture. Many people are still worried about the state of the economy and their future employment prospects, making it even more difficult to plan ahead and participate in the arts.

Despite these profound challenges, opera has intrinsic advantages and a powerful allure that enable opera companies to respond to current circumstances and attract new support. Opera is a multi-media art form in a multi-media world, offering an enthralling mix of words, images and sounds. New works demonstrate opera’s ability to tell American stories and to address important issues in contemporary musical and theatrical terms. Today’s inventive productions are enlivened by well-trained singer actors, and performances still benefit from the excitement of special events in cities large and small.

In terms of creativity, the field of American opera has never been healthier. More artists want to express themselves through opera than ever before. Young singers, composers, directors and designers are drawn to opera’s larger-than-life canvas. Many of them are making their own opportunities to perform by creating new, less formal ensembles, often in cities that are already home to established opera companies. These ensembles perform a broad spectrum of repertoire, often in non-traditional venues, providing more varied opera choices to increasingly diverse audiences. Their creative energy is complemented by larger companies’ partnerships with other community organizations that extend their civic impact outside the walls of the opera house. Houston Grand Opera’s HGOco, Los Angeles Opera’s LA Opera Off Grand and Lyric Opera of Chicago’s Lyric Unlimited are a few examples of these initiatives.

There is tremendous public interest in opera despite the decline in mainstage ticket sales. San Francisco Opera, The Dallas Opera and Washington National Opera attract tens of thousands of people to their free transmissions to local sports arenas. The classics of American musical theater are bringing thousands of newcomers to opera houses in many cities. Millions of tickets have been sold to the Metropolitan Opera’s Live in HD transmissions to movie theaters.

It is gratifying to see new board leaders in San Diego working hard with staff to forge new plans for future seasons. The outcry around the proposed closing of the company demonstrates that opera still matters to opera lovers, and to everyone who believes that a great city is defined by the number and health of its arts organizations.

2 thoughts on “A Positive Message About Change And Adversity” 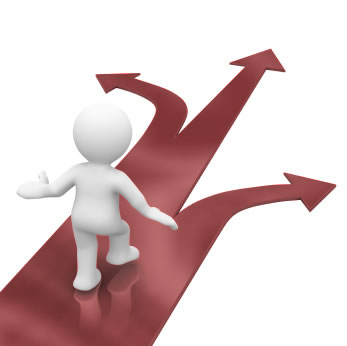 A Positive Message About Change And Adversity

336 min
Are You Ready To Get Pissed Off? 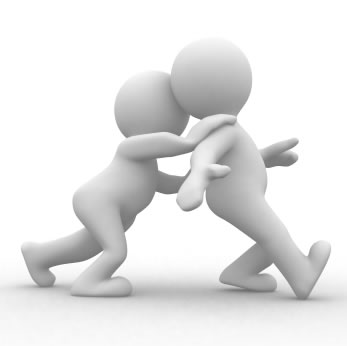