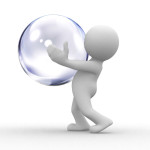 Thomas Cott, the man behind the curtain at You’ve Cott Mail, went all out last week and published a terrific five part series containing excerpts from his opening keynote address, “What’s Next: The Future of Nonprofit Marketing,” he gave at the American Marketing Association’s recent Nonprofit Marketing Conference. There’s a good bit of insight worth noting and I wanted to touch on a few points in today’s post.

But before we get going, here’s a complete list of each installment:

Wearable Tech Is Here. Get Used To It.

For a field that is (rightfully) obsessed with acquiring new audience members we certainly seem to enjoy making it exponentially harder by adopting hard line policies toward personal technology in the concert hall. Smartphones and tablets are regularly maligned as scourges of the live concert experience and when it comes to wearable tech (i.e. Google Glass and the emerging crop of smart watches, bracelets, etc.) it seems clear to even the most casual observer that these devices are anything but some sort of passing fancy.

Cott touches on wearable tech in Part 1 where he examines the impact of these devices on how patrons interact with live arts but there isn’t much attention directed toward how institutions will need to begin laying groundwork to make the introduction of whatever emerges as the dominant form of wearable tech into the concert experience as smooth as possible.

Failing to do so is only going to reinforce pejorative stereotypes that the live classical music experience is restricted to the “get off my damn lawn you no good kids” demographic.

Master The Art Of Self Editing

In Part 2, Cott explores the more irrational tendencies performing arts organizations take toward designing their website presence, not the least of which is a seemingly willful inability to think mobile first when it comes to content architecture.

If the term mobile first just set off a memory bulb, it’s because we covered this issue in considerable detail last week via a two part series titled “Thinking Responsively” (Part 1, Part 2). I was genuinely stoked when I read Cott’s article because the scheduling couldn’t have been better to complement the Thinking Responsively articles; sometimes, coincidental timing works in your favor and it’s gratifying to see it coincide on this topic.

To help understand just how far out of sync most arts orgs are with web design approach, take a close look at what Cott describes via his “What would a nonprofit Google website look like?” point (emphasis added).

A few months ago, Raheel Gauba, creative director at Blackbaud, wrote an article for the digital magazine NP engage, in which he asked “what if Google were a nonprofit – what would their website look like instead?” This kind of busy web design is all too common in the nonprofit sector – packed with lots of competing visuals plus lots of copy filling the screen. This approach is focused on the needs of the institution, and not on what the visitor wants or needs.

My Generation Is So Screwed

In Part 4, Cott notes that it’s time to for the generation funnel to evolve into an hourglass shape as the emerging Millennial generation is set to outpace the Babyboomers.

Let’s talk first about that first group – they are part of 80 million or so Americans in their 20s and early 30s who are on track to outnumber Baby Boomers by 22 million and become 75% of the workforce by the year 2030.

As a member of Gen X it’s always a bit disheartening to be reminded that we’re the tail end of generational influence but such is life. Nonetheless, Gen X is the generation set to exert dominant control over how the field navigates the unfolding transitional period.

Our reign won’t last as long as our predecessor but we are at ground zero to set the tone for what sort of field Millennia’s inherit. Will it be one that must continue to catch up by going slower or finally move the field into a position where it can get ahead of the curve?

Although I Admire Your Idealism Sir, I Do Not Share Your Optimism

In Part 5, Cott zeros in on The Matrix that is our workplace future by quoting the following bit from Michelle Paul:

“…there will be aspects of your job you won’t have to do at all anymore. It’s not that you’ll be replaced by robots, but your day-to-day busywork will get a whole lot less busy.”

I literally did a spit take with my morning coffee at that one. I’ve seen all sorts of similar technology oriented claims come and go and even when they do manifest from pie-eyed vision to reality they never, ever, make your day “a whole lot less busy.”

Perhaps the better way to phrase the point I believe is attempting to be made here is advances in technology will modify how you process busywork so it isn’t as much of a frustrating time suck, but it never makes you less busy.

Did you follow Cott’s series last week? If so, what are your thoughts and observations?