Joe Patti published an intriguing article on 12/1/2014 about some similarities between being a professional in the performing arts field and the computer gaming industry. Certainly, the parallels between both career tracks is fascinating but it is spiked with rivulets of irony. 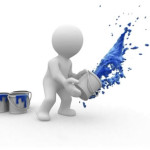 Specifically, even though both fields suffer similar ills, this common ground doesn’t seem to be encouraging much interaction; especially at the board level.

It brings to mind a quote from The Simpsons in an episode about Christianity and the separation between its religious sects.

It’s all Christianity, people. The little, stupid differences are nothing next to the big, stupid similarities.

When applied to the arts and technology sectors, it would seem that there should be a great deal of mutual interest based on nothing more than the intense creativity, hyper work ethic, lack of understanding from those on the outside, and continuous desire to push boundaries.

If nothing else, perhaps this is reason enough to refocus efforts on developing relationships across each strata; connecting more artists with programmers, more admins with project managers, and more board members with executives.

Granted, that’s a generalization but it certainly wouldn’t hurt. At the same time, it will take a concerted effort to begin making connections so capitalizing on the similarities Patti highlighted in his post is a good place to start and really, who doesn’t enjoy a really good communal bitch session with people you just met? All it takes to get the ball rolling is a few invitations to your next event.