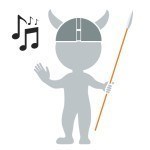 For patrons, the show is a regular draw and for orchestras and presenters, it has been a steady investment. If you haven’t looked into the show recently as a programming option, I highly recommend doing so.

The show’s co-creator, George Daugherty, wrote a wonderful Take A Friend To The Orchestra contribution back in 2012 and I published a post about one of the Bugs programs I attended here in Chicago from January, 2013 (although that was the final season for the previous incarnation, Bugs Bunny At The Symphony I).

I contacted Daugherty to get his reaction to all of the attention associated with the NYP’s video and how social media has impacted his a show which has been evolving for 25 years.

Especially with “film and orchestra concerts,” the highly-visual nature of social media can play a dramatic and dynamic role in symphony orchestra marketing. We’ve really seen this play-out exceptionally with The New York Philharmonic’s marketing of our 25th Anniversary “Bugs Bunny at the Symphony” concerts since they were announced last Friday.

Simultaneous to the distribution of a traditional press release on January 16, the New York Phil posted a video excerpt from our concert on their Facebook page…just a couple of minutes from Chuck Jones’ iconic “Rabbit of Seville.” Within 24 hours, that video had gone viral with over 1 million views, and continued to pick-up an additional million views approximately every 36 hours. At one point, this “Rabbit of Seville” video was trending at almost 5,000 views per minute. By this morning (Wednesday morning) it had broken through the 3 million mark in “views,” with almost 70,000 additional “shares,” and thousands of positive comments. It will hit 4 million sometime Thursday.

This has translated directly to ticket sales, with the three Avery Fisher Hall concerts exceeding the 50% to 60% sales mark within just two or three days, and climbing fast . . . and with the highest price tickets selling first. To me, that gives an additional demographic indicator of social media’s reach. The viral nature of the video set, by far, is a new record for anything posted by the New York Philharmonic, or for any video I have ever seen posted by any symphony orchestra. It really shows the power of strategically-selected social media postings, and of the strength of the visual image, since these concerts…which don’t even take place until May 15 and 16…have half-sold-out in just three or four days almost solely through social media and email blasts. (More traditional advertising not even having had time to take place.) At one point, we were afraid Bugs was going to break The Internet! Obviously, we have to also credit the stellar popularity of Bugs Bunny to this phenomenon, but it really is a vivid example of how two art forms can really cross-pollinate each other. With the unique strengths, and huge fan following of both the New York Philharmonic and Looney Tunes, each introduced their audiences to the other through social media. A win-win!”

4 thoughts on “Apparently A Lot Of People Want To KILL DE WABBIT!”