Although it doesn’t get very much attention, how orchestras define employees, both on-stage and administrative, has a large impact on its operations and expense structure and one of the hot button political issues taking shape in the upcoming presidential election is how employers go about classifying workers either as independent contractors or employees. 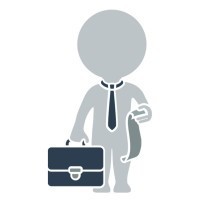 At the center of the controversy is the hyper growth fueled transportation provider Uber and a recent California Labor Commission Office ruling that the company’s drivers are employees and not private contractors.

Set aside for a moment the issues at the heart of the Uber debate like whether the emerging on-demand based business sector is attempting to sidestep workplace protections and wage repression, and instead consider how potential regulations and legislation could impact the field of nonprofit performing arts.

Granted, the largest of budget organizations won’t be impacted much by this issue but the further down the scale you go, the more this issue becomes paramount.

For most smaller and many mid-size budget orchestras, their musicians are classified as independent contractors which means the organization does not typically pay the employer portion of Social Security and Medicare or state unemployment taxes.

This is not an insubstantial amount of money and although it varies from state to state, it usually falls somewhere in the low 20 percent figure of gross pay.

Shortly after the economic downturn, cash strapped states started looking under every conceivable rock in order to generate revenue and in one Mid-Atlantic state in particular, a few smaller budget orchestras attracted the scrutiny with that state’s Department of Labor investigating whether the musicians were employees and not independent contractors. Perhaps unsurprisingly, if they determined it was the former, then issues of revenue collection for unemployment and disability insurance, etc. would come into play.

Although those economic pressures have relaxed, similar issues may once again move to the forefront now that multi-billion dollar players like Uber are involved.

Joe Patti published a fantastic article on 7/13/2015 about the on/off again status of interns; if nothing else, that legal journey may not be dissimilar to what we can expect with the much larger worker status debate.