There’s a fascinating article by Peter Dobrin in the 10/18/2015 edition of the Philadelphia Inquirer that casts a frank eye toward the orchestra’s current state of strategic limbo. There are a number of thoughtful items but one in particular jumped out; specifically, the issue of what the orchestra does with musicians that no longer play at the level of necessary artistic excellence.

I’d have a little more sympathy for the players’ desire to preserve the Philadelphia Sound, and high quality in general, were the Philadelphia Sound anything more than a marketing idea today. But the players’ and their union have never found it important to move along players who should retire, putting a crack in their stance as guardians of quality.

That excerpt would leave most readers with the assumption that the musicians are the final authority on whether or not any among their rank are dismissed for failing to perform at required artistic standards and in some orchestras, that is exactly the way it works…but not in the case of the Philadelphia Orchestra.

Establishing An Accurate Frame Of Reference

The process for removing a musician due to artistic/musical reasons, commonly referred to as artistic or peer review, is a process defined within an orchestra’s collective bargaining agreement. 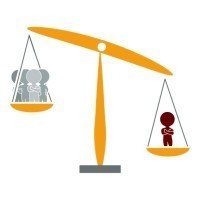 By and large, there are three primary points of contact in the process once peer review has been initiated by the music director: committee review, final authority, and (if provided for) appeals.

Dismissal committees are typically comprised of musicians but the key point of dismissal authority varies from one group to the next. For example, a committee may recommend that a musician should not be dismissed but if that authority rests with the music director, that individual is under no obligation to act on that recommendation. For reference, here’s a short list describing how 21 orchestras outlined* the peer review process in the 2013/2014 season (emphasis Philadelphia):

Out of that grouping, musicians control that crucial final authority process in 52 percent of the orchestras and out of those, 40 percent provide for reseating within a section if the process provides for arbitration.

In those instances, Dobrin’s statement would be entirely accurate but that’s not the case in Philadelphia, which uses a mix of musicians and board members in the review committee, arbitration for final authority, and has no appeal based reseating option.

Having said all of that, if Dobrin’s intent was to imply that in cases of peer review within the Philadelphia Orchestra he’s aware of, the musician half of the respective review committees adopted a protectionist stance rather than acted as impartial stewards of artistic excellence, that would be more accurate given the orchestra’s process, but even then, it would be helpful to have some examples.

To be clear, this post isn’t implying that Philadelphia Orchestra musicians are above reproach when it comes to their role within the organization’s peer review process, instead, it is designed to provide increased understanding for a topic that is anything but straightforward or uniform from one orchestra to the next.

Perhaps unsurprisingly, this is one of those issues within the field where it is all too easy to get sucked into black and white perspectives even though the reality is decidedly gray. Consequently, a little knowledge and broader understanding can go a long way toward marginalizing misperception.

*Per the American Federation of Musicians 2013-2014 season Wage Scales and Conditions in the Symphony Orchestra booklet.