There’s no shortage of labor drama right now and the latest group to teeter on the brink of a work stoppage is the Fort Worth Symphony Orchestra (FWSO). With their most recent master agreement expired as of 7/31/2015, stakeholders have adopted a play and talk approach but things appear to be coming to a head as a result of the employer declaring an impasse and issuing a last, best, and final offer. If this sounds like legalese to you, that’s a good thing because those terms carry very specific implications within the context of collective bargaining. 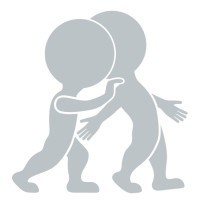 Specifically, if an employer declares an impasse and presents a last, best, and final offer to employees, they can elect to impose that offer if the employees fail to ratify.

At the same time, the employees can challenge the impasse and file an unfair labor charge against the employer with the goal of forcing the employer back to the bargaining table. If the employees do not wish to work under the terms of the imposed agreement, they do have the option of going on strike.

To that end, the FWSO musicians recently approved a strike authorization by unanimous vote so it shouldn’t come as any surprise to see them declare a strike in the wake of an expected rejected offer/imposed contract scenario.

For those of you with long memories, this is exactly how things payed out via the Detroit Symphony labor dispute, a prolonged ordeal which decimated that organization.

We’ll examine more of the specific terms at the root of conflict when/if both sides fail to reach an agreement. To that end, and regardless of the outcome, one item you can look forward to examining is something we’ve never studied before: vacation time. We’ll learn about how that element has evolved within the framework of most middle to larger budget size orchestras and where it comes into play via the FWSO dispute.

On a related note, Fort Worth is one of three remaining mid to large budget orchestra and opera organizations with a collective bargaining agreement that expired since summer, 2015 and ultimately engaged play and talk scenarios. Out of the original group of 14, only Fort Worth, Grand Rapids, and New Jersey have yet to settle.

1 thought on “Impasse And Imposition In Fort Worth”