In the wake of negotiation clouds from the Pittsburgh Symphony, the Fort Worth Symphony Orchestra (FWSO) is contributing to the storm front thanks to being poised for a work stoppage following a recent vote by musicians to reject their employer’s latest offer. What makes this situation unusual is the musicians voted down the concessionary offer even after the four-year agreement was recommended by their Local Union. 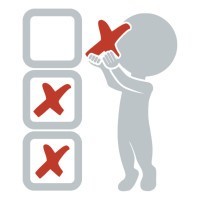 Typically, the musicians’ negotiation committee will either recommend for or against accepting an offer and in some cases, not offer any formal recommendation. Any recommendation is presented during the formal ratification meeting and although supporting arguments are usually provided, there are no requirements to do so.

The tentative agreement was reached on 8/31/2016 after what the musicians described in a 9/5/2016 press statement as “meaningful movement away from the nearly 9 percent cuts they have been demanding for over a year.”

Nonetheless, the terms for the four-year agreement still contained enough concessions that if failed to meet the full rank and file requirements and was subsequently rejected during a ratification meeting on Sunday, 9/4/2016. In particular, the musicians noted that at the end of the proposed agreement, their income would be five percent below what they earned in 2010.

There was no indication in the musician statement if this figure represented only base musician annual salary or overall base compensation. The latter typically factors in additional, albeit much smaller, guaranteed compensation items for all musicians such as electronic music guarantees (EMG) and seniority payments. Interestingly enough, the FWSO is one of the few 52 week orchestras were the musicians do not receive contractually obligated EMG payments (Boston Symphony, Los Angeles Philharmonic, New York Philharmonic, and Utah Symphony being the others).

The musicians have indicated they are willing to resume mediated bargaining at any point but at the time this article was written, the FWSO has yet to respond.

Details of the rejected agreement are slim but the first three years of the agreement contained tiered base salary cuts then a small increase in the agreement’s final year. No additional details have been provided by the employer or musicians.

According to the musician’s statement, they scheduled a strike authorization vote on Wednesday, 9/7/2016, two days in advance of their opening concert.