While attending the 2016 Arts Midwest conference in Milwaukee last month, I noticed one of the sessions was a pro/con debate on the subject of subscriptions. Instinctively, I let out a big sigh then furrowed my brow for a good five minutes. 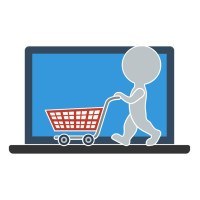 Despite how much time the field spends debating subscriptions, it never ceases to frustrate me that the real conversation is on how much revenue is being left on the table thanks to potential and existing patrons being frustrated by inadequate online user experiences.

Simply put, it’s too damn difficult to buy tickets. If that weren’t enough, the vast majority of box office providers don’t even offer the capacity for arts orgs to break out of the old school subscription cycle.

We covered this in detail via a post form 1/30/2015 and since that time, not much has changed. Capacity still lags, user experiences is still maddening inadequate, and arts orgs are losing out on revenue.

As such, it was refreshing to see others weighing in on this topic. The latest voice is Mark Meharry, who wrote an article for the 9/14/2016 edition of Music Business Worldwide that takes a similarly cold, hard look at this issue from his perspective as CEO of a direct-to-fan publishing and ecommerce platform directed toward rock and pop artists.

If we could see more conversations on this topic across the full spectrum of services orgs, conferences, and culture outlets it would be fascinating to see how quick providers begin to provide necessary capacity.

Just imagine what we could accomplish if we also begin talking openly about the amount of revenue being left on the table thanks to the hard-sell contact overload driven methods (too) many groups use on newbie ticket buyers (like this, this, this, and well, you get the picture).