One of the advantages of being Editor-in-Chief at ArtsHacker is getting to see what’s in store before everyone else. To that end, there’s a good post on the way about volunteers and it made me think of a four-part series here from 2004 on the topic of orchestra docents and how those programs could grow and evolve into something even more effective than the way most were designed at that time. 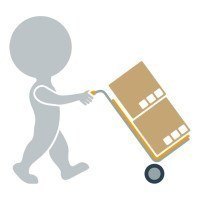 At the heart of the series was an exhaustive examination of a very successful docent program from that time at the Denver Zoo. It involved a good deal of research interviewing docents, zoo administrators, and animal keepers. It was a genuinely unique research project and at the time, was one of the most in-depth at Adaptistration.

Keep in mind, this was long enough ago that it predates social media and even commenting. Nonetheless, this series generated some of the most email responses at the time, one of which was from none other than Joe Patti. He was every bit as insightful then as today.

It’s remarkable to go back and see how much of the material from those articles is just as applicable today as it was more than a decade prior.

So set aside some time and wade into the series. To that end, another point to keep in mind is my blog posts were, on average, much longer than they are today. As such, I took the time to apply some editing and chop paragraphs up into more readable chunks.

I’m also curious to know if any groups have established docent programs akin to what is espoused on this series. If so, I’d love to hear about it; please take a moment to get in touch.