There’s an interesting article written by Chris Sheng in the 10/16/2016 edition of The Tartan, Carnegie Mellon’s student newspaper, that includes an interview with Pittsburgh Symphony Orchestra (PSO) President and CEO, Melia Tourangeau. To date, much of the intransigence is related to both sides accusing the other of relying on inaccurate and/or incomplete financial data and projections and this article provides some excellent points of reference on those items.

Perhaps unsurprisingly, if both sides can’t agree on the most fundamental aspects of existing financial data and fiscal projections, there is diminished potential for moving past existing entrenched positions.

Consequently, this could be an excellent opportunity to introduce the sort of independent financial analysis we examined in an article from 10/21/16.

What’s also worth pointing out from the article is the introduction of dangerously cavalier rhetoric regarding retention and attrition that tends to exacerbate tensions during labor disputes.

According to [Tourangeau], the [PSO musicians] receive a base salary, but two-thirds of the performers receive more than this. The top performers are very well compensated. “If they leave the orchestra, it is their own personal choice but it is not for financial reasons that we, management, control … And if they leave we offer competitive enough salaries that equally talented performers will be happy to fill their spots,” Tourangeau said.

That last sentence can be very difficult to dial back from the “and don’t let the door hit you on the way out” image it projects.

It also turns a blind eye toward the critical difference between ensembles comprised of talented musicians and those with enough time and experience to become more than the sum of their parts. 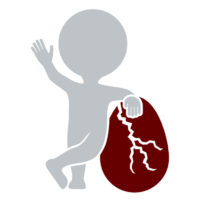 Creating a destination orchestra takes decades to accomplish and is ultimately the result of several board and administration regimes successfully building on one series of accomplishments after another. Conversely, it only takes a season or two to tear much of that progress down and more often than not, you don’t notice the cycle has even started until it is too late.

It’s what I call The Fragile Powerhouse syndrome.

But the more senior leadership figures introduce language like what Tourangeau offered in Sheng’s article, the closer the organization flirts with this syndrome.

Compared to other post economic downturn labor disputes, this is being introduced at a very early stage; moreover, whenever it appeared in other disputes, it produced ugly results. For instance, the Detroit Symphony labor dispute from 2010/11 employed similar rhetoric and even flirted with hiring replacement musicians (but quickly backpedaled).

But a short time later during the 2011-2012 Louisville Orchestra labor dispute, that organization’s executive leadership took Tourangeau’s rhetoric to the next level and became the first professional orchestra that attempted to hire replacement musicians (spoiler alert: it ended badly for the employer).

For now, it seems as though the PSO could benefit a great deal by introducing an independent voice of fiscal reason into the mix if for no other reason than to provide both parties with a way to move forward that saves face. Barring that, don’t be surprised to see things move from bray to kick in short order.

*Today’s title is a quote from Mark Twain’s Personal Recollections of Joan of Arc, by the Sieur Louis de Conte.
FacebookLinkedInEmailCopyPrint