One year ago, Adaptistration Jobs rebranded as Arts Admin Jobs and since then, traffic has increased more than 20 percent. That’s just the first of some excellent metrics over the last year, let’s take a look at a few more. 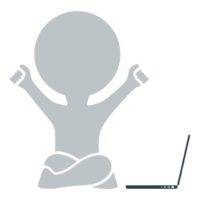 It’s worth pointing out that all the above stats are for site visitors who did not post or edit a job listing. As such, that’s a good indication the remaining traffic is comprised primarily of job seekers.

These numbers continue to validate Arts Admin Jobs as the best arts admin jobs boards around that is free for both job seekers and employers.

If you’re not already familiar with the history behind why ArtsAdminJobs.com exists and why it’s designed to be a free resource, drop by the site’s About page.

Lastly, I want to extend a big THANK YOU to all the employers and job seekers. In the end, the site exists because you’re using it so encourage your friends and colleagues to do the same and it will remain around for years to come.