Since the news went public of Boston Symphony Orchestra (BSO) principal flute Elizabeth Rowe’s lawsuit alleging sex-based pay discrimination, there has been no shortage of commentary. While that’s produced plenty of talk about problems, there isn’t much of substance happening on the solutions side of thing. 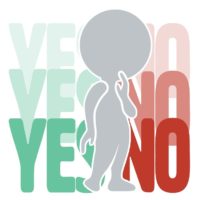 One exception is an article by Nancy Leong and Tenly Williams that was published in the 12/19/2018 edition of Slate.com.

In addition to an overview of the situation, the authors take the time to present solutions they feel will help mitigate sex-based pay discrimination among orchestra musicians with individual agreements.

Here’s what they suggest:

By and large, these are good suggestions but mixed in are a few show-stopper level problems worth examining. To that end, let’s review each point.

“Procedural transparency would include, for example, clear and consistent methods for hiring musicians and offering tenure.”

This is an excellent suggestion and the strongest in the list. It’s that lack of documented, procedure based best practice which we’ve identified as the core problem when examining this issue.

A key element in this process is producing written policies that are routinely reviewed by administrators and board members then updated as needed. In many cases, a straightforward review of existing processes would all but eliminate some of the more egregious elements from the Rowe’s allegations, such what she describes as male musicians receiving a fixed percentage above base salary while females are only offered fixed dollar amounts.

In turn, those policies would become part of every musician employee handbook.

“Substantive transparency would include public disclosure of all musicians’ salaries and the rationale for those salaries.”

Setting aside the fact that orchestras are already required by the Internal Revenue Service to disclose employee compensation, including musicians, for anyone earning more than $100,000 as well as any musician members listed as board members (regardless their compensation level), this is easily the most counter-productive suggestion in the list.

Simply listing compensation amounts won’t contribute to preventing discrimination, but it will make it easier for abusers to justify discriminatory actions.

Part of the existing problem with individual agreements is their tendency to lump all financial terms into a single amount instead of breaking them down into line items.

I can say from first hand experience, it’s a rare treat to encounter an employer who understands that value and engages the process in good faith (I love each and every one of you out there who do!).

Consequently, focusing on cumulative lump sum values and attaching whatever rationale you want is exactly what contributed to the BSO’s legal troubles.

“Musicians’ unions, which already set baseline requirements for pay and other working conditions, should also develop and enforce best practices at the highest echelons of elite orchestras.”

The former is precisely where labor unions should be involved.

Getting involved in the latter would be ruinous to the union and individual musicians.

The union’s job is to negotiate and enforce a collective bargaining agreement and while those commonly include minimum wages for one or more principal and/or key musician positions, it should never be involved with negotiating terms for individual agreements.

“Artistic and financial administrators should practice open communication regarding organizational priorities, including hiring, promotion, and compensation.”

No arguments here. At the same time, this is a very 30,000-foot suggestion and I’m not entirely certain if the authors are talking about communication at the field-wide level (i.e. best practices) or within each organization.

“Concertgoers should encourage symphony orchestras to provide maximum transparency so they can rest assured that their patronage supports equal opportunity.”

The curmudgeon in me wants to shout “good luck with that” but I wholeheartedly agree with the authors that ticket buyers shouldn’t be afraid to shy away from this issue.

Having said that, they’ll need a great deal of education about how things currently work in order to generate a reasonable amount of confidence in what they want to encourage. My concern is too many would respond negatively or become polarized once they are eyeball deep in seeing how the sausage is made.

“Donors who contribute large gifts should condition their endowments on transparent and fair employment practices.”

Here’s where things could move toward a good place in relatively short order. While I don’t hold much hope for large donors devoting attention to this topic any time soon, that doesn’t mean we shouldn’t be encouraging them.

After all, stranger things have happened.

“Arts journalists should scrutinize symphonies and hold them accountable.”

In the end, I’m very happy to see the sort of attention Leong and Williams devoted to these topics.

My fingers are crossed that the field, as a whole, will give this topic the attention it deserves and not merely use it as an excuse to begin beating down all individually negotiated overscale under the guise of faux fairness.

In the meantime, what did you think of the Slate article?