The 11/20/2010 edition of The Guardian published an article by Ed Pilkington that examines the ongoing labor dispute at the Detroit Symphony Orchestra (DSO). For the most part, Pilkington’s articles covers the typical back story points but one item in particular is very new and has the potential for lurching the conflict to a new level of antagonism… 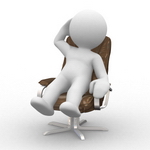 The article reports that musician concerns center around the inability of management’s current proposal to maintain artistic excellence and musical standards:

The players believe that management wants to replace the traditional classical orchestra and replace it with a second-rank version. They say that lower salaries and flexible working would dissuade the top players from coming to Detroit, and the orchestra’s world-class status would quickly be squandered.

What’s new is the tone adopted by the DSO management’s response, which is perhaps best summed up in the article’s original version as regrettable indifference:

To which management replies: leave if you like. There are plenty of other good players in lesser-paid orchestras or straight out of college who would love to join the DSO, even with the 40% pay cut.

Since management’s sentiment was not encapsulated in quotations or blockquote formatting and it was not attributed to any individual, I contacted Elizabeth Twork, DSO Director of Public Relations, to inquire about the legitimacy of this sentiment and if the DSO had any reaction and/or statement on that part of Pilkington’s article.

Twork replied with the following statement.

“The statement attributed to the DSO definitely needs to be corrected – we have requested a correction with the Guardian and they have admitted that we did not make that statement in our interview – and, moreover, that is not our position,” wrote Twork. “We do not want our players to leave and we hope they will stay. Period.”

When asked for confirmation about whether or not they acknowledge what Twork defined as something that needs to be corrected, Leslie Plommer, The Guardian associate editor, replied that they have updated the article to include additional content from their interview with Anne Parsons, DSO President and Executive Director, that supports the newspaper’s original summary.

“After a request from the DSO, I’ve reviewed Ed Pilkington’s story, and updated it. While most readers would likely infer from the lack of direct quotation marks that the line in question (To which management replies: leave if you like etc.) was a reporter’s summary of the management’s stance, this should be made explicit for the avoidance of any misunderstanding.

The story therefore now specifies this.

At the same time, the actual quotes do establish that the paraphrase is a fair rendering by the reporter of the view expressed at interview. So the updated version now includes the speaker’s direct quotes. This also puts readers in a position to weigh and test the paraphrasing against the original quotes.

An explanatory footnote has also been added to the article, which is our standard practice when an online article is amended.

My concern is to ensure that Ed Pilkington’s story is a fair and accurate account of the views he heard from different quarters in the orchestra dispute. I am satisfied that this is so.”

The updates mentioned in The Guardian’s reply are as follows:

BEFORE: To which management replies: leave if you like. There are plenty of other good players in lesser-paid orchestras or straight out of college who would love to join the DSO, even with the 40% pay cut.

AFTER: To which management’s reply can be paraphrased as: leave if you like. There are plenty of other good players in lesser-paid orchestras or straight out of college who would love to join the DSO, even with the 40% pay cut. Asked if Detroit can support a first class orchestra, Anne Parsons said: “Isn’t it up to every [player] to answer that question: will they stay or will they go.”

“That’s their choice not mine,” [Parsons] added. “If they choose [to go] because they are making less money temporarily, I respect that. But then the question is who is going to take the job? Will we be able to fill those jobs? I don’t want to do this, but were I to analyse, is there enough talent out there to replace players who leave, I would have to say given the number of orchestras that haven’t been hiring and the number of musicians coming out of Juilliard, Curtis, New World, China and elsewhere – and the number of talented musicians in great orchestras in the smaller cities in America who pay less than we are offering – I would have to say sadly: I don’t want to do this but there are talented players out there.”

What seems to be in question is the juxtaposition of the DSO’s clearly stated desire to retain current musicians against the well documented position presented by The Guardian that although retention is preferred, it won’t supplant other goals. As the labor DSO dispute progresses, details such as these become increasingly vital in helping the Detroit community form opinions and take whatever action they find necessary.

8 thoughts on “Regrettable Indifference In Detroit”

X
Reports Of Liquidation Emerge In HonoluluFeaturedKITV.com, the Honolulu ABC affiliate, reports that the Honolulu Symphony Orchestra (HSO) may be planning to shift from reorganization to liquidation b…

323 min
X
Catching Up On Loose Ends In DetroitFeaturedSince so many of us in the business are still working longer hours than usual, I'm guessing that more than a few of you are using the extra time today…
Send this to a friend