Today marks Adaptistration’s twelve-year anniversary and in order to celebrate, I started to compile a special timeline that covers the highlights over the last dozen years, moreover, we’ll be able to continue using it to chronicle new milestones which will allow it to serve as a living history! 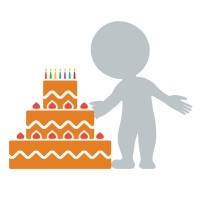 As of now, it covers all of the high water marks from the very first post through the end of 2006 and I’ve been writing unique snippets for each entry so rest assured you’ll find plenty of original material there; we’ll be adding to it throughout the coming months until we catch up with the present. Feel free to send along anything you think has been a highlight over the time you’ve been reading and I’ll be sure to include it. In the meantime, let’s continue our long running tradition and look at some of last year’s key events.

As always, the blog is only worth the value you assign and all of these efforts are for naught without engaged and passionate readers so thank you for not only visiting, but finding the content and ideas valuable enough to share with colleagues and friends.

X
An Email Summary Subscription To Help Get Out From Under The Weather…Internal AffairsI’m taking a sick day, but when you’re self-employed that simply means a regular working day but with a few cold-med-inspired combat naps thrown into …

1532 min
X
Who Are You? 2016Internal AffairsIt’s time for Adaptistration's reader segmentation survey. As promised following last year's survey, I made sure to mark my calendar so that we didn't…
Send this to a friend